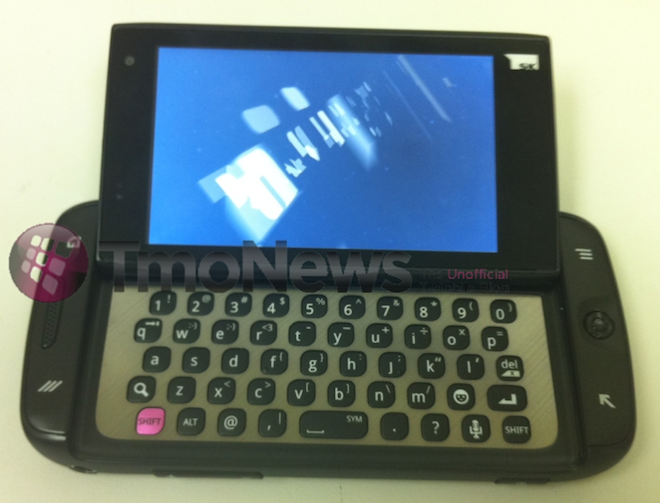 Remember the rumors about an Android-powered Sidekick 4G that’ve been floating around for sometime now? Well it looks like this device is very real, and today we’re seeing the Samsung-made Sidekick 4G in the flesh.

The existence of this handset shouldn’t come to much of a surprise, but the fact that it’s actually made by Samsung is quite surprising. Sammy has been pretty busy lately, as they have been churning out Android handset after handset like no one else, even if some of those handsets are merely slight variations of eachother. But from the looks of it, the Sidekick pictured above retains the look and feel of the original, which should keep many potential buyers happy.

We were initially expecting the Sidekick 4G to be made by HTC, but the hardware we see here from Samsung still looks solid. We’re rather proud of what Samsung has come up with. The device is running Android 2.2.1, looks to have a front-facing camera, and a keyboard that will have any ex-sidekick user running around in fits of excitement. It looks like your typical slider device, with no indication of the rotating/swiveling display that many have come to love.

The Sidekick 4G may not be what most enthusiasts of the original Danger-powered handset were expecting, but you can obviously see that T-Mobile has tried to give the look and feel of the original Sidekick line. Some may not like the fact that it is running Android, but at least it has the Android Market, endowing much more power and smarts to the handset as a whole. If you were to tell us that Samsung was making the handset when the rumor mill got started, we’d have been slightly less impressed, but I must say the hardware looks solid.

We’ll be on top of this story as more of it unfolds.

Now that the cat is out of the bag, are any of you ex Sidekick users thinking of returning? Anyone still have the bitter taste of the 2009 T-Mobile Sidekick data crash in their mouths?

Hit up the link below to see more spy shots.