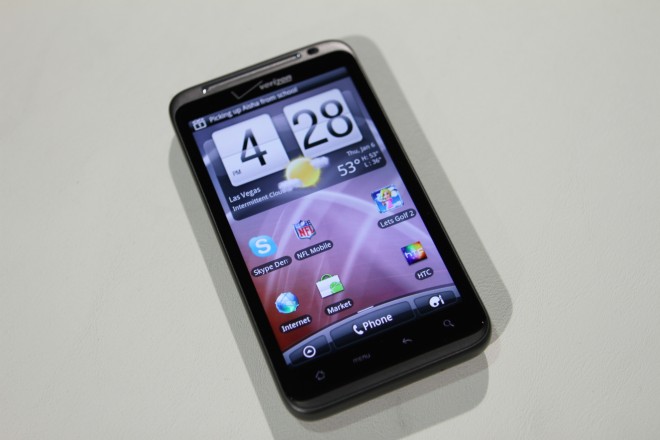 Matching up with the Motorola Atrix and Xoom rumored release dates, the HTC Thunderbolt may also make its official debut in late February. Make that February 24th, to be exact. This is still a rumor, but it certainly falls in line.

One thing that may damper the mood about the device is that it won’t be the standard $200 green backs that you’ll pay for most smartphones today. Word on the street puts the price tag at $250, meaning you’ll have to pony up an extra $50 to get your hands on Verizon’s first 4G LTE device, which sounds fair enough, we guess. Data plans notwithstanding, $250 for such a device is bearable, and hits the same price point as Sprint’s Epic 4G.

We’re aware that Verizon employee training for the handset is in full swing, so there’s a chance that we could see this device hitting shelves sooner than the 24th of February. The Thunderbolt is one beast of a device, and is more/less the EVO equivalent for Verizon, only faster 4G and a little beefier on the spec side of things. If you’re looking to upgrade your existing smartphone on Verizon, and none of Motorola’s also compelling devices suit you, the Thunderbolt should serve you well.

HTC should also have another device hitting Verizon in the near-ish future as well, which may indeed be the Incredible HD we’ve been hearing so much about lately. But just like the Thunderbolt, we know just rumors at this point. What we do know is that HTC isn’t taking the Droid Bionic or iPhone 4 laying down, and will be offering some great hardware for Verizon in the coming months.

Will you be waiting for the Thunderbolt, or are you more interested in Motorola’s 4G options for Verizon?

If the video and the SDK preview aren't enough to satiate your hunger for all things Android 3.0 Honeycomb related,...