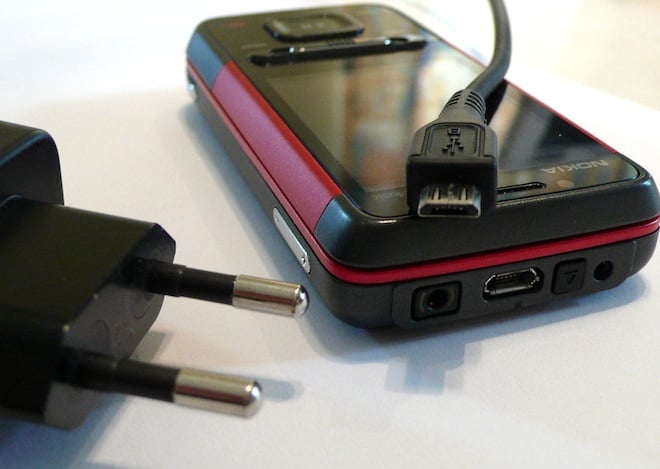 The International Electrotechnical Commission (IEC) has just announced that they’ve published the first universal mobile phone charging standard. It’s no surprise to hear that they’ve picked microUSB as their power port of choice, but what is a bit shocking is that Apple was one of the companies that got onboard with the idea. According to the GSMA, the folks who invented the GSM standard ages ago and oversee the deployment of nearly every mobile network around the world, there are approximately 51,000 tons of redundant chargers manufactured every year. We all like to upgrade our mobile phones from time to time, and with our new gizmo comes yet another charger required to make it work. What the IEC is effectively doing is opening up the opportunity for handset makers to sell handsets to consumers, but not bundle a charger in order to save the planet, save costs, and save shipping fees.

IEC General Secretary and CEO Ronnie Amit said: “We all have drawers full of chargers that became obsolete as soon as we buy a new phone. Today, we have a truly operational global standard that will allow the industry to end this waste and significantly reduce environmental impact. This is something millions of consumers have been waiting for. I am proud that the IEC has managed to get the best possible technical solution in record time to the market.”

Back to Apple, could this mean the impending death of their proprietary dock connector? Those of us old enough to remember the first iPod have fond memories of it using FireWire, which is a standard, but it lost in popularity to USB once the second version launched that supported 480 Mbps. Apple makes money licensing their connector to companies who make third party docks, speakers, everything really, so are they going to retract from that money making opportunity for the sake of conforming to international standards?

One to watch out for.

Your mother probably told you, multiple times, that you should look both ways before crossing the street. Apparently that skill,...