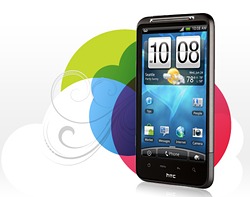 AT&T is launching the HTC Inspire 4G on February 13 for $99.99 with a two-year contract, which isn’t a bad price at all for the Desire HD-esque Android smartphone. We first caught a glimpse of the “4G” capable HSPA+ device at CES 2011, but it was hard to draw any conclusions based on what we saw since we couldn’t power the phone on. The software was not in its final stages, so the only thing we were able to comment on was the hardware, which was final.

AT&T is calling the HTC Inspire its first 4G phone since the carrier has decided to call its HSPA+ infrastructure a “4G network.” Why? Because everyone else is doing it, that’s why, and it’d be a shame to get left out of the marketing game. The Inspire will be running Android 2.2 Froyo, and while it’s not Gingerbread, it still gets the job done. Additionally, the HTC Inspire 4G will support mobile hotspot capabilities, so you can connect your WiFi-enabled devices to the smartphone and access the Internet via AT&T’s network.

The Inspire 4G packs an 8MP camera, a 4.3-inch super LCD display, Dolby® Mobile and SRS WOW HD sound, a 1GHz processor and it’s also the first HTC device in the U.S. that supports the manufacturer’s new Sense cloud services. The Sense cloud service allows users locate and remote wipe their lost HTC smartphones, back up and store media and find new widgets and wallpapers to customize their devices.

For more details, see the press release on the following page.

Yesterday we reported that Samsung Galaxy Tab sales figures might have been exaggerated, and that executive Lee Young-Hee was quoted...