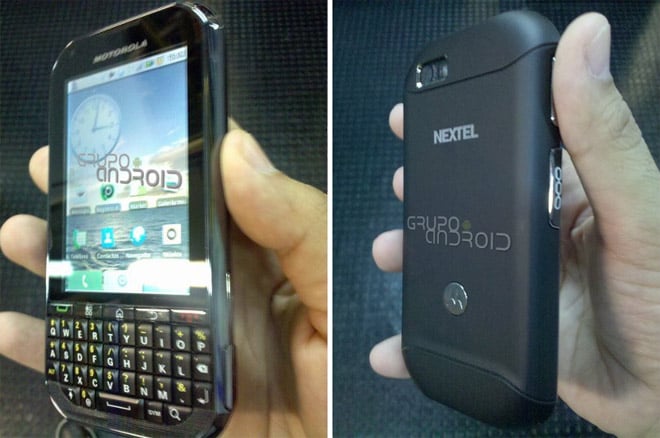 It looks like the i1 won’t be the only Android smartphone Motorola has made/will make for the iDEN networks. Thanks to the Argentina-based GrupoAndroid we have the image above, which clearly shows a Droid Pro-like device made for Nextel. Aside from a different radio, the so called (and still not officially announced) i1Q has different Android keys than its CDMA counterpart — Droid Pro has those touch-based buttons, whereas this device has a physical buttons (which BTW I prefer).

We also know that the i1Q will initially run Android 2.1 and can only hope it will be upgradable to Android 2.2 Froyo and even better – 2.3 Gingerbread. As for the processor used, GrupoAndroid talks about a “not very powerful” processor, meaning it’s neither the Snapdragon nor any other 1GHz CPU.

Nextel has operations throughout Latin America and may launch this baby in several markets. Sprint will definitely be on the list too, but when the official launch will happen is still a mystery…

Low-end LG A160 announced in Russia

Good news for our readers from Russia on a budget as LG unveiled a new entry-level candybar - A160. Although...