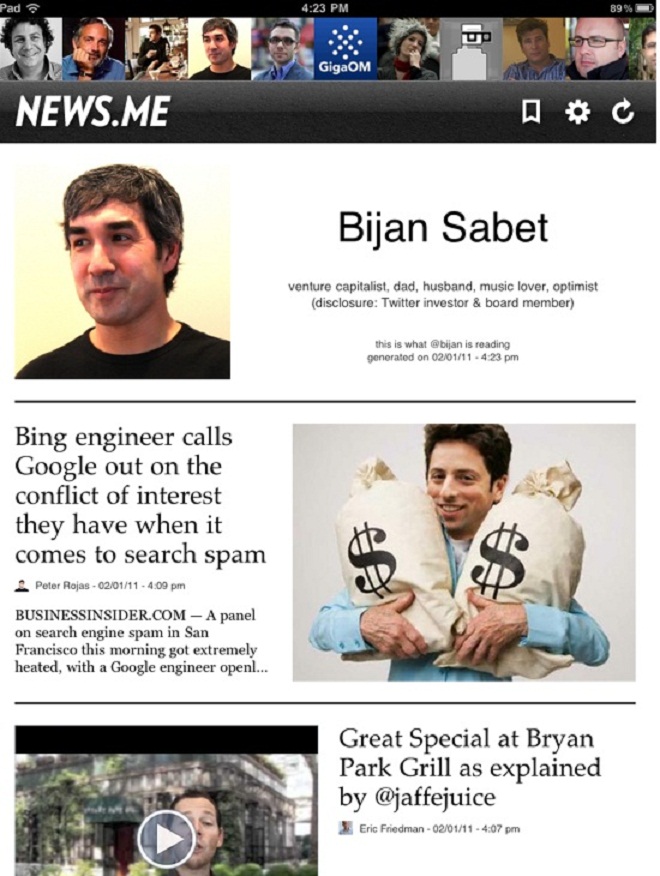 We all know that News Corp. is set to introduce The Daily digital newspaper app for the iPad tomorrow but it looks like The New York Times is working on a project called News.Me which aims to reinvent news reading on the iPad.

Over at TechCrunch, Erick Shonfeld has been looking at an early version of the News.Me iPad app and describes it like this:

It is more along the lines of Flipboard but with a few new twists. You sign in with your Twitter account, and you can see a stream of news stories and videos being shared or retweeted by the people you follow. Instead of just seeing the links, the underlying text and images are displayed inline. Not only can you see your own Twitter news stream, but you can also see the Twitter news streams of any other News.me users who you also follow on Twitter. These people should already be familiar to you, but instead of seeing what they are Tweeting out, you get to see the news that is being recommended to them.

The layout for the News.Me iPad app looks pretty well-suited for this large-screen display, as there are multiple ways to interact with the content: 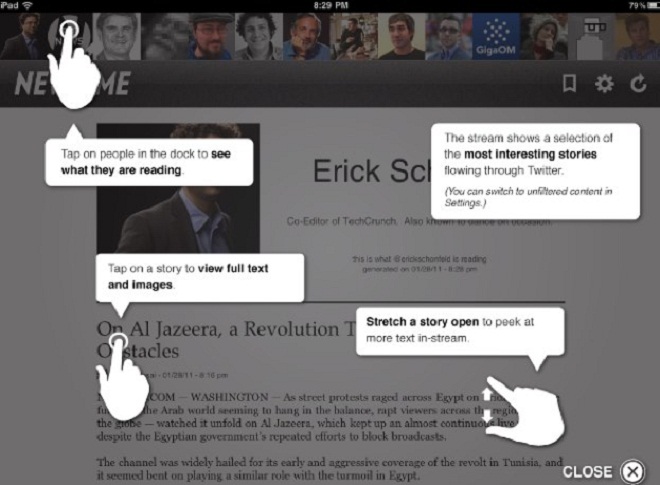 Unlike The Daily, the News.Me iPad app is expected to be highly social, as every story is capable of being shared on Facebook, Twitter or e-mail. The Daily is expected to be a standalone product that may not even have a web component.

Maybe it’s not fair to compare these two, as neither has been fully announced. Additionally, it looks like the News.Me iPad app is a social aggregate reader, as opposed to a fresh news publication like what Rupert Murdoch’s company is creating. Still, it looks to be an exciting times for\ those who want to consume content on tablets. Hit the via link for more details.

The iPad and iPhone have become a comfortable home to e-book readers like Kindle, but apparently from here on in,...