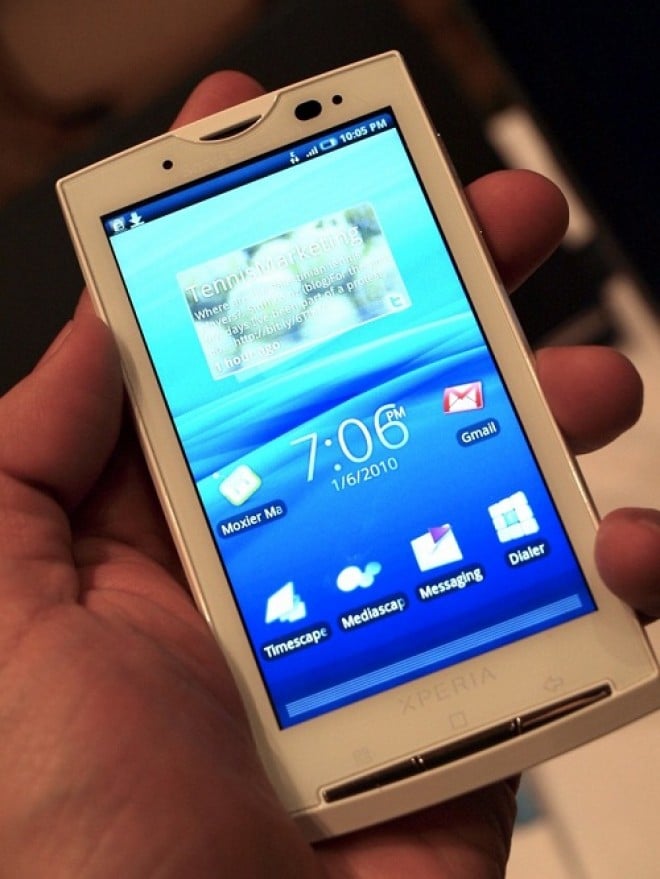 If you’ve got an Xperia X10 in your pocket, one of the features you likely noticed immediately after firing up Sony Ericsson’s Android flagship is the lack of multi-touch pinch zoom capabilities. Sony Ericsson seemed to go back and forth on the subject, but now it’s official. Starting today, an update will begin to roll out that will give the Xperia X10 the ability support pinch-to-zoom gestures in the web browser and Google Maps app.

The roll out should begin today for X10 users, but if you’re rocking the AT&T version of the handset, you won’t be receiving this update right now. Sad? You should be.

The problem is that there are still issues with AT&T-specific Android 2.1 update (apparently), and you’ll need this update before you can get this latest update, which enables multitouch pinch zooming. If this doesn’t seem like a slap in the face to AT&T X10 users everywhere, I don’t know what does. Last we heard, it was AT&T themselves that was holding up the update, but the official Sony Ericsson blog says the following,

I’ve seen your comments on that some of you haven’t received the earlier update yet. Sorry but there are still a few kits remaining and I just want to confirm that we are working on it with our partners to get those approved and ready as soon as we can. I am monitoring your specific kit requests among the comments here and try to find out details when I can.

You heard it from the horse’s mouth, folks, and this is definitely disheartening to hear that a handset that’s been around so long can’t even get updated to an outdated version of the OS. We still don’t know if Google will ever take a stance on the updating process, but because of Android’s open-source nature, there may be little that they can do without pissing off the handset-makers and carriers. To take a hard stance on the issue, and take away the playground given to carriers and handset-makers likely won’t go over so well, even if it means benefiting the end-user.

If your X10 is still running Android 1.6, you’ll have to keep waiting, which is the last thing you really wanted to hear, we know. It’s crazy, but maybe you should consider upgrading to another handset. Or at least to a handset made by a company that has a good track record of updating their devices. AT&T hasn’t really helped in that aspect, but I’d expect to see the carrier get their house in order, especially if they are going to embrace Android to help soften the blow that the Verizon iPhone is expected to deliver shortly.

While we don’t know when or if it will hit the US anytime soon, the Xperia Arc has never looked so good.

If you just can’t wait, may we suggest the multitouch hack to get at least a small taste of what a quality handset should be. Nevermind that the hack itself doesn’t work well.

Android 2.3 Gingerbread for Motorola Droid X spotted in the wild

It's a good day to be a Droid X user, as some screenshots of the handset's upcoming Android 2.3 Gingerbread...