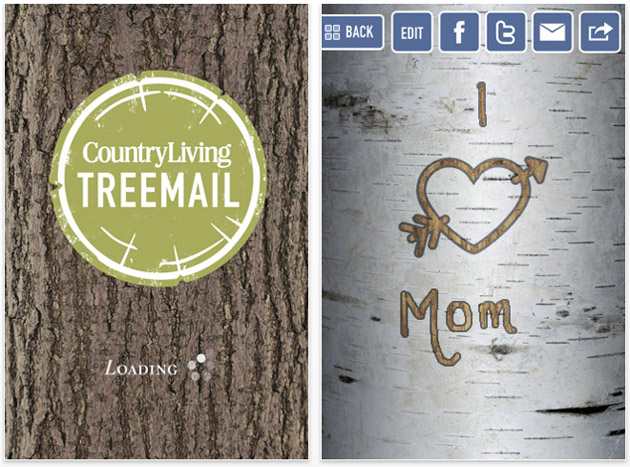 Just in time for Valentine’s Day, Treemail has hit the AppStore to make tree-carving more appealing to the 21st century.

As you can imagine for yourself (and see from the image above), using the application you will be able to “carve” customized messages on a virtual tree, which may include love notes, initials, a favorite quote, or even a marriage proposal. That’s at least what the app maker Country Living suggests…

But an image of the carved tree on your phone is not enough. Thus once the message is carved and complete, there’s an option to share it through email, Twitter and Facebook.

You can adjust the thickness of the carving tool, choose from 10 symbols (Heart, Star, “RSVP” and more) and 7 tree barks, including American Elm, Balsam Fir, Magnolia, Palm, Red Cedar, Silver Burch and Sycamore.

At the moment, Treemail is an iPhone and iPod Touch thing only, with the iPad version set to be released later in the year.

After more than a year in the making, Liv Games launched a hybrid fantasy game Legendary Wars for iPhone and...