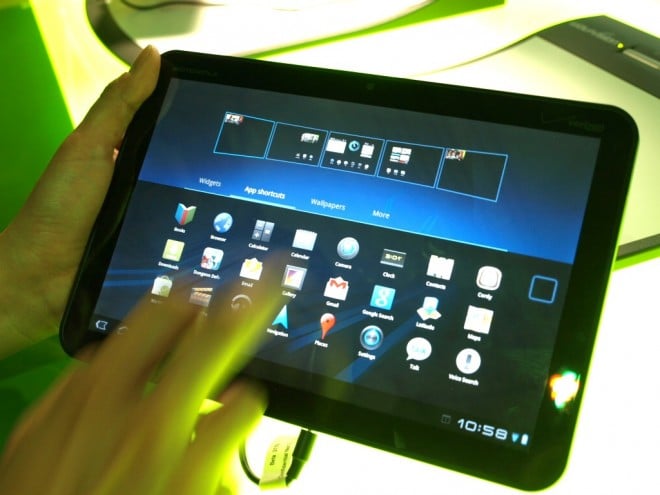 Hopefully, you were watching our live coverage of the Android 3.0 Honeycomb event at Google HQ this morning but we know you wanted some more, so we’ve got a chance to get some hands-on time of the little, green robot that was built for tablets like the Motorola Xoom.

As we noted in our preview, Android 3.0 Honeycomb feels like the platform has grown up and is tailor-made for large-screen experiences. The first thing you’ll notice is that there’s no longer a need for hardware buttons, as these commands now take place on the bottom of the screen.

On the bottom left of the screen, you’ll find the back and home buttons but the menu button has been tweaked. This is now an app switching/multitasking button – when you hit it, it will pop up a menu which shows all your recently-running apps. Switching between apps and home screens is remarkably smooth, too. 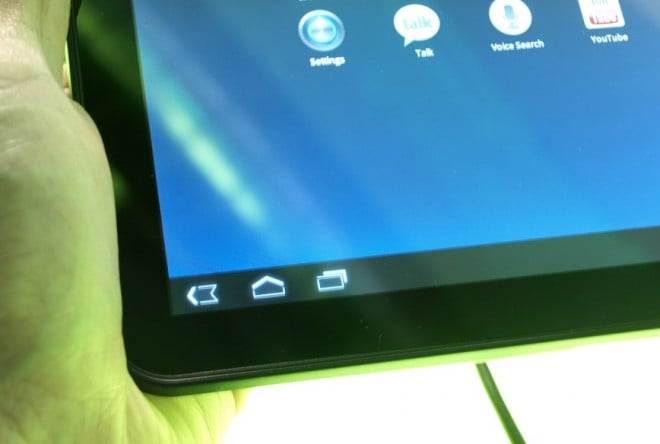 On the other side, you’ll find the time, power, Internet connection status and a new, revamped notification bar. Unlike the current version of the software, Android 3.0 Honeycomb will enable rich notifications. That means notifications will include more information, including download progress, music controls, profile pictures (for incoming messages), and more.

So, if someone’s instant messaging you, this can also include their profile picture. You’ll also be able to control music controls from this notification area and Google is providing APIs to help developers build these richer notifications.

Another cool feature of the new notification bar is that you’ll be able to kill notifications individually – think of this as a “line item veto.” This is great because the phone version currently only lets you clear all notifications. 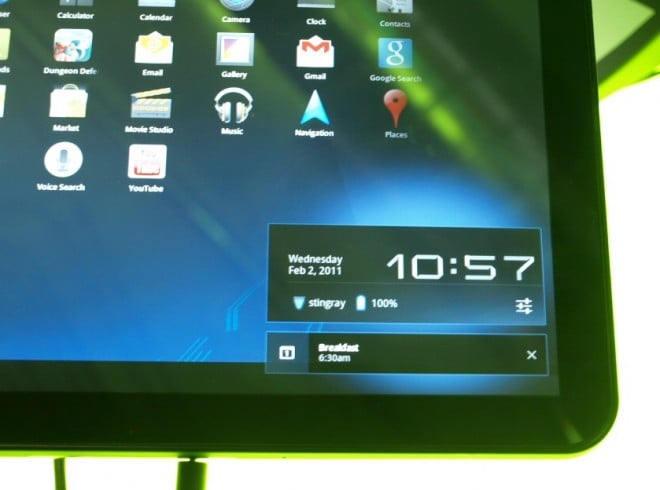 The home screen can be filled up with apps or widgets and Google is offering multiple widget options with Android 3.0 Honeycomb. You’ll be able to have standard widgets that we’ve seen on phones, as well as ones that use a stacked interface, or grid-like layouts. 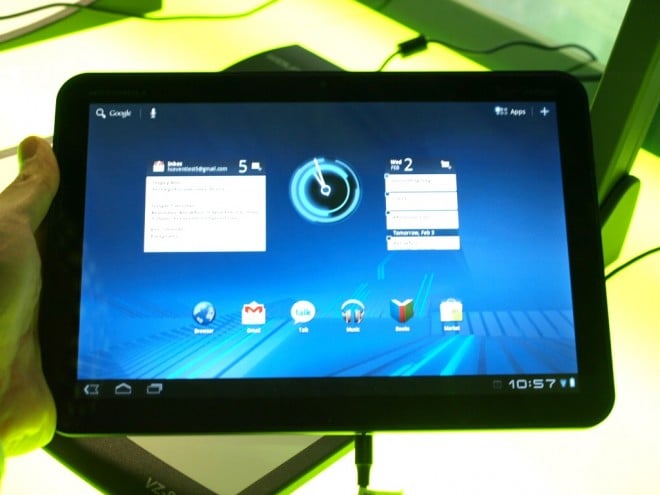 If you want to customize the home screens, you simply hit a “+” button in the upper corner to zoom out. Thanks to a new Renderscript 3D animation framework, this is very fluid and natural. From there, you can add apps, widgets, change the wall paper and customize your device. 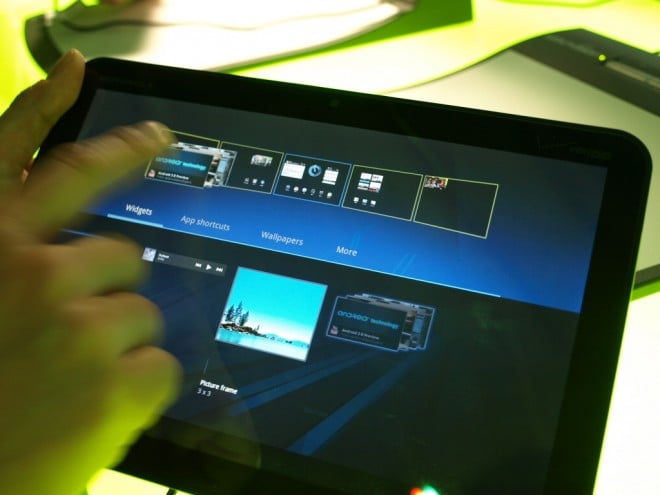 That Renderscript 3D animation framework is present throughout the operating system, as it powers the new YouTube app we’ve seen before, as well as the Google e-books reader. In the book reading app, this provides smooth page-turning animations and more. 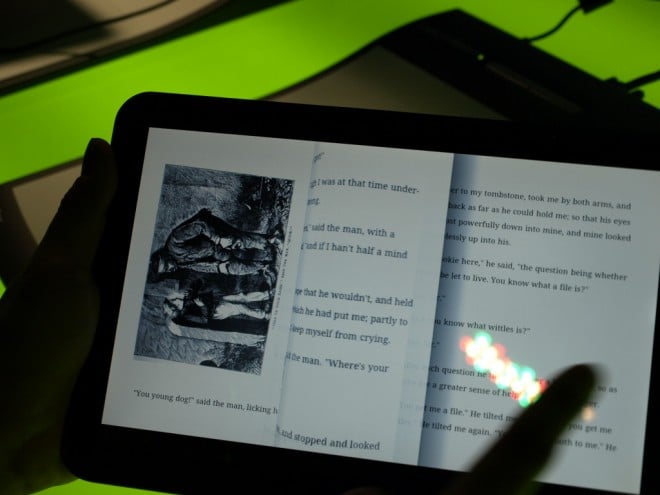 There’s an “apps” button on the top corner too and this brings up the standard row of apps that we’ve grown accustomed to with Android. 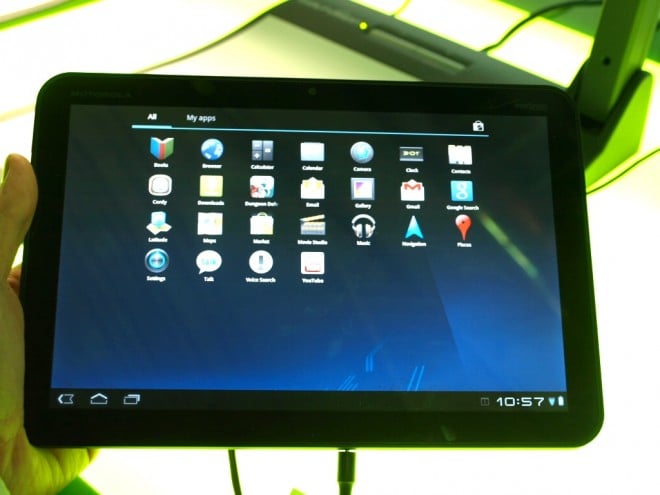 While existing apps should run fine on Android 3.0 Honeycomb, Google has included multiple APIs which will enable developers to create richer apps for a tablet. The first thing that stands out is a context-aware action bar along the top of the app. This will now be where you can find the “Menu” button for apps and it will also include things like a quick share option and more. 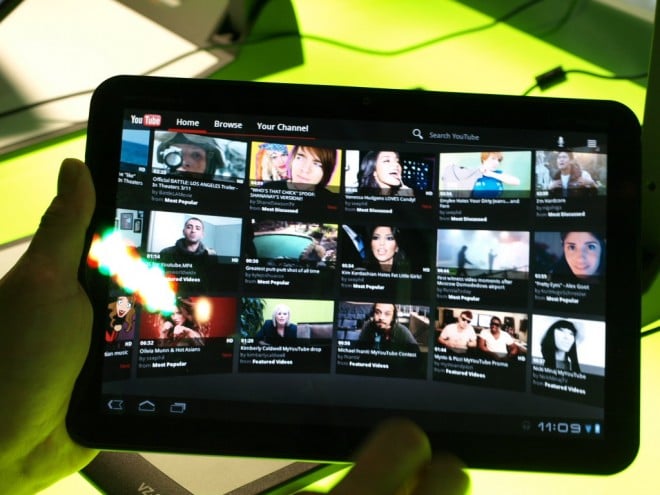 We also saw an incredible Gmail app for Android 3.0 Honeycomb and this makes the iPad Mail app look like it’s stuck in the past. This messaging app includes multi-panel interfaces which seems quite natural and smooth for this type of program. The app also allows you to drag and drop emails into different folders, helping you keep your inbox nice and organized.

That won’t just be restricted to Google products though, as there’s an API called “fragment” which lets developers create these rich, multi-pane interfaces for their apps. This lets app makers control how these fragments (we call them “panes”) are shown off to users and it could be a good way to develop programs which are visually pleasing on a tablet and a smartphone.

Google’s platform has always been a bit boring when it comes to multimedia but that will soon change as the Music app on Android 3.0 Honeycomb looks great. There’s a slick carousel interface and the app can be minimized to play though the new notification bar. The music continues to play in the background, and can be controlled via the notifications area located in the lower right hand corner of the screen. 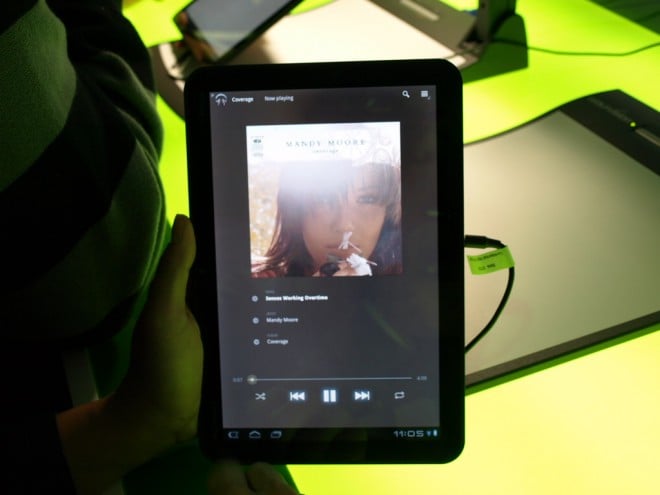 The Google Maps app continues to improve and the tablet version builds upon what we’ve already seen. The Renderscript framework is combined with the vector graphics we’ve seen with the mobile version to provide a brilliantly smooth mapping program with 3D building. 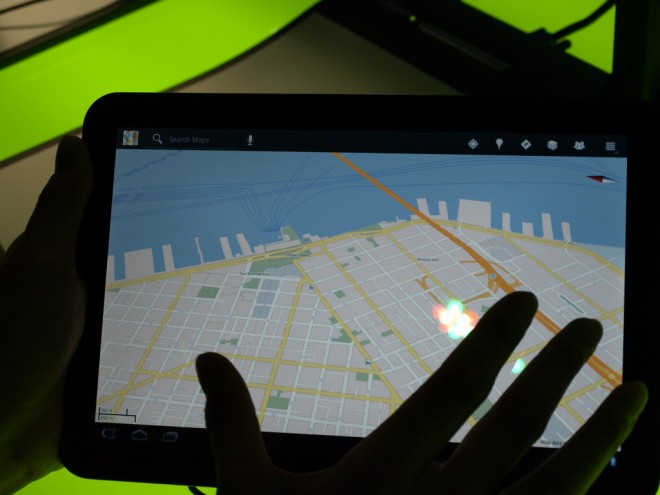 Overall, we’re pretty darned impressed with Google’s tablet strategy, as the hardware that’s coming out soon looks to be top notch and this software looks like it really does take advantage of a larger screen in a fresh way. Check out some more photos below and take a look at our hands-on HD video.