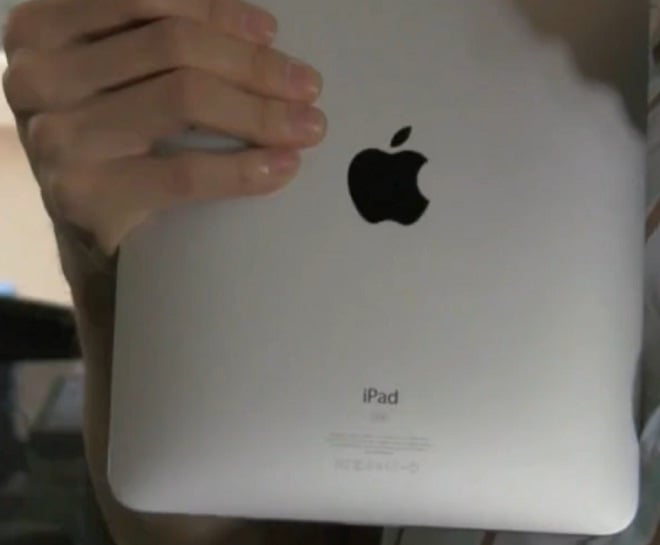 Reuters is reporting that a prototype of the Apple iPad 2 was at The Daily unveiling this morning in New York City.

This sounds like an insane rumor – why would Apple let one of the most highly anticipated products out in a room full of people with cameras? – but Reuters generally doesn’t fudge around and write sensationalized articles to juice up page views. Of course, the unnamed eyewitness could very well just be mistaken.

Still, we all know that an Apple iPad 2 is not too far away and that having multiple cameras will be one of the major selling points. This will enable the Apple tablet to do FaceTime video calls with other Mac, iPod touch and iPhone 4 users.

This is just the latest rumor we’ve seen on the Apple iPad 2, as a site is claiming to have the next-generation display in its possession. This display is supposedly about a millimeter thinner than the current generation but there’s no word on the resolution other than it doesn’t appear to be a Retina Display.

The last Apple tablet was released in early April 2010 and the company generally likes to stick with a yearly update schedule, so we should see an official announcement in the not-too-distant future. It couldn’t come at a better time, as we’re seeing the competition step up its game.

The BlackBerry PlayBook wil be released soon and it looks like the QNX software will reinvigorate Research In Motion. Google just showcased Android 3.0 Honeycomb and the tablet-optimized version of the platform looks pretty good. This year will definitely be a good one for tablet fans.

Best Buy will carry the Verizon iPhone 4 on February 10

The Verizon iPhone 4 is so close that you can almost taste it. Tonight, pre-orders will start for existing Verizon...