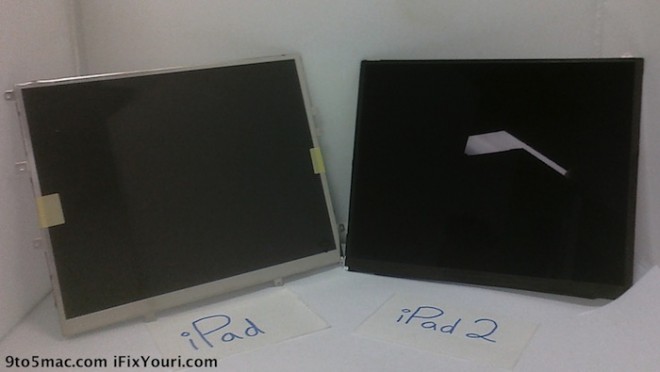 We’re hoping and expecting to hear from Apple on the iPad 2 now, but until then, feast your eyes on the puppy above – an LCD display believed to be for the iPad 2. How exciting is that?! OK, perhaps it’s not really all that riveting, but a few details are revealed about the upcoming Apple tablet.

The display is apparently lighter and about a millimeter thinner than the existing iPad’s LCD screen, which could mean a lighter and thinner device overall. It was also impossible to tell whether the screen was a “retina display” or if it was a higher resolution display than what the current iPad has.

That’s about all that can be gleaned from this part, and although it doesn’t tell us a whole lot it could also mean that these babies are in production and ready to be announced and launched soon. Additionally, all the hopes and dreams of having a thinner and lighter iPad may actually come to fruition.

Hands-on with The Daily iPad newspaper

The Daily iPad newspaper just went live in the App Store and this is one of the first, high-profile publications...