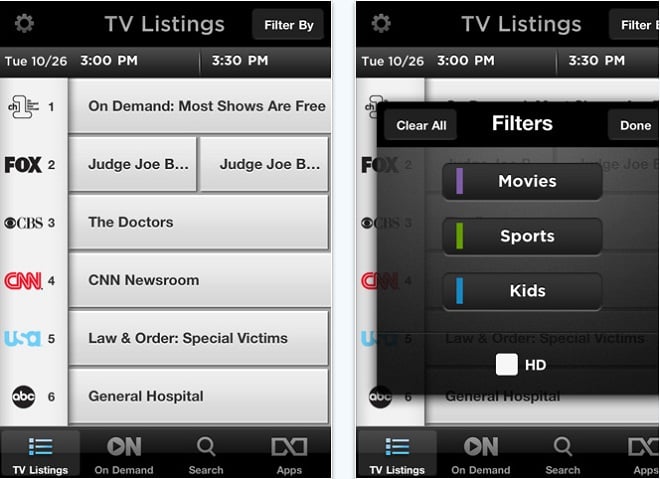 We’ve already checked out the Comcast Xfinity iPad app which turned your tablet into a cool remote but Comcast isn’t done improving this app and it has added live, streaming shows.

The program can still be used on the iPhone and iPod as a WiFi remote but the Xfinity iPad app gives you access to On Demand shows and movies directly on your tablet. If you subscribe to premium channels like HBO and Starz, you’ll also get access to that on the tablet.

“The Xfinity TV app with video streaming is part of our ongoing effort to deliver great entertainment experiences for our customers on all screens and devices,” said Matt Strauss, Senior Vice President and General Manager, Comcast Interactive Media, in a prepared statement. “We have an aggressive development plan to introduce even more features in the coming months that enable customers to more richly watch, control, and personalize their entertainment.”

Like Netflix on the Apple tablet, I don’t know how many people will be needing this at their houses – you already have a larger screen to watch this long-form content. Still, it’s a neat addition and I could see multiple scenarios when it comes in handy. If you have kids, you could put the kids programming on the large screen while you sit on the couch watching the new season of Breaking Bad. Of course, this could also coming in handy at hotels.

The Comcast Xfinity iPad app still retains all of its previous features, so you can use it to find out what’s on TV, schedule recordings and find out more information about what you’re watching.

The Apple tablet is quickly becoming a strong television companion, as TiVo, multiple cable carriers and third-parties like the Vualla app have all developed programs to help augment the TV-watching experience.