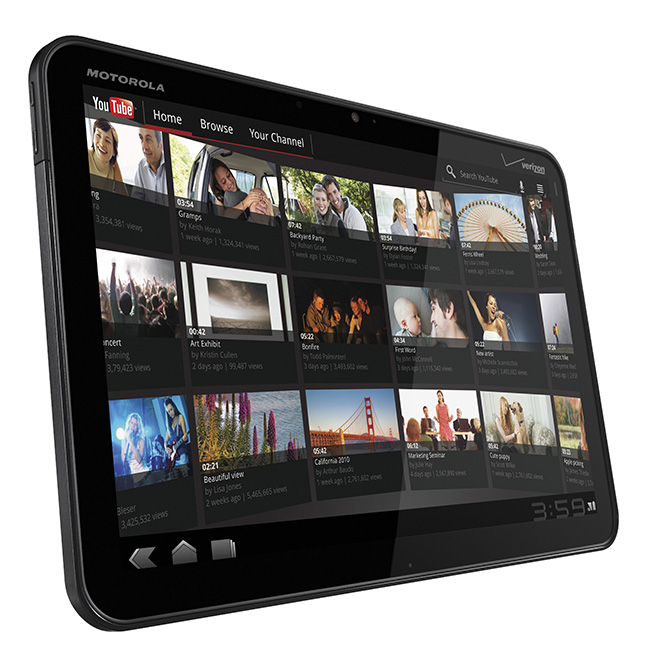 It’s a head-to-head-to-head-to-head matchup against the Dell Streak 7, Playbook, iPad and Motorola Xoom brought to us by Skattertech. Which device will come out on top (without looking back at the title of this post)? Read on to find out!

The infographic is broken up into multiple parts with categories like connectivity, hardware, software, screen, storage, camera and battery life and it gives a fair comparison to all devices shown. What’s not fair, however, is that three of these devices are very new – two of which aren’t officially available yet – and they are being compared to the original iPad. Apple’s iOS may not be my absolute favorite platform, but this is just sad.

Nonetheless, I understand why they added it in: it’s the leading tablet device in the world and as of right now, we know very little about its successor.

As you can tell from the chart, the Motorola Xoom pretty much murders all other tablets in cold blood, leaving very little for the other to redeem themselves with. We wish we could have seen some more competitive entrants for this chart, as adding in the T-Mobile G-Slate would humble the Xoom’s dominance in some aspects. The Playbook fared well throughout the entire breakdown, as did the Streak 7, but neither were enough to fully compete with the Xoom.

If you’re looking to buy a tablet sometime this year, your selection will be vast and you’ll have quite a few platforms to choose from. This chart is just a very small portion of what’s to come in the next few months. We’d really like to see this chart redone by mid-year, as the competitors will change dramatically. Hopefully by that time we’ll have seen a new iPad, and then the comparison will be a bit more fair.

The Samsung Galaxy Tab has joined the ViewSonic G-Tablet and other devices with some Android 2.3 Gingerbread treatment courtesy of...