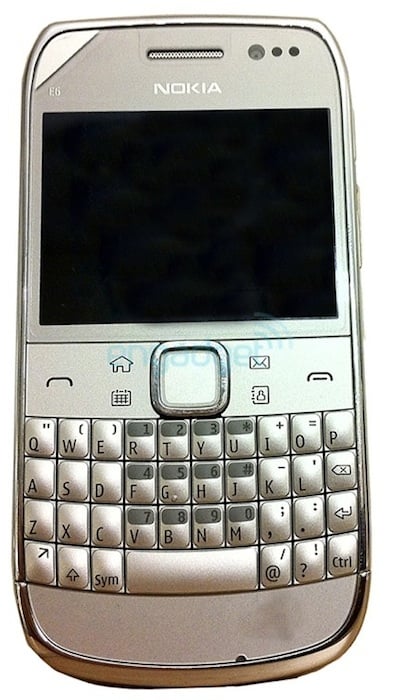 Two images of Nokia’s yet to be announced E6-00 have just been leaked to Engadget via an anonymous tipster. Moments later the leak was confirmed by Eldar Murtazin from Mobile-Review as legitimate. What we’re looking at is a rounder version of the device that started it all, the E71. The rear of the device features an above average sized speaker phone, 8 megapixel camera, and dual LED flash. The front shows off a forward facing camera, something most Nokia devices had before Apple and Google started trumpeting their “industry first” video chat solutions, a redesigned yet familiar looking keyboard, and more shortcut buttons shushed together than we’ve ever seen before. Rumors point to this thing having a VGA (640 x 480 pixel) resolution screen and it may or may not run Symbian^3. The probability of the screen being touch enabled is incredibly low thanks to the directional pad smack dab in the center. 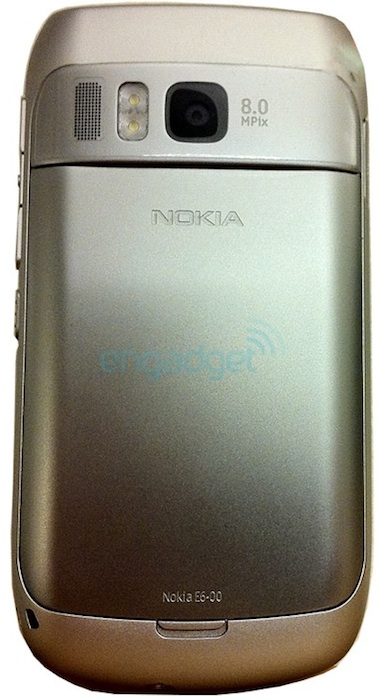 What do we think? Underwhelming at best, waste of a product development team’s efforts at worst. When you think about which market segment the E6 is competing in, the Enterprise sphere, even RIM has acknowledged that touch screens are the way going forward. Some may argue that’s why Nokia has the E7, which is true, but why couldn’t Nokia have made a best of both worlds smartphone that features both a touch screen and QWERTY keyboard while maintaining the E6 form factor? Shouldn’t be too hard to accomplish since that’s what Palm did with their Treo lineup over half a decade ago.

Enough bullying, the E6 will probably get the pentaband 3G that the N8 has, meaning it’ll be able to get high speed internet access regardless of where you use it. It’ll also have quite an amazing amount of battery life since the screen is less than 3 inches across.

Things haven't been looking up for Nokia the past few months, and so rumors of an alliance with Google for...