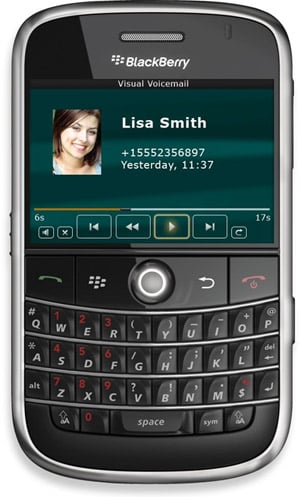 Communology announced that its Visual Voicemail (VVM) solution can now be used with Windows Phone 7 and BlackBerry smartphones. The voice-to-text enabled solution is also available as a widget, making it accessible for almost every internet enabled device imaginable.

Obviously, Communology will use the upcoming Mobile World Congress in Barcelona to showcase the latest VVM features such as the ability to sort voicemails, as well as the option of saving multiple greetings on mobile phones which can seamlessly be activated and changed.

Unlike network-based Visual Voicemail services, with Commnology’s solution users can decide themselves which message they wish to listen to first and if and for how long the message is to be stored, just like SMS and email.

Communology pitches its solution (called LiveMedia) toward the mobile operators, which can use it to differentiate their offering and to reduce time-to-market and project complexity. The company’s offer goes beyond simple technology to include user licenses in Europe…

iGO My way Southern Africa is in the AppStore, ready to provide iPhone users living, working or travelling to South...