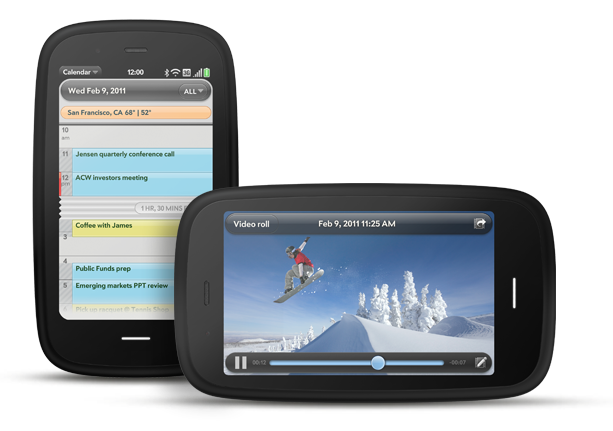 At today’s HP event in San Francisco, Jon Rubinstein just announced the HP Pre 3, successor to the Palm Pre 2, and it is coming this summer. The device should look very familiar to those who have seen or used a Palm Pre, or the Pre 2. The webOS device has a slide-out QWERTY keyboard, like its predecessors, and a 3.6-inch WVGA display that has 2.5 times the resolution of the Pre before it.

The Pre 3 will also feature a 5MP camera on the rear that will be capable of recording HD videos, and it will also have a front-facing camera for self-portraits and presumably video chatting, too. The Pre 3 will be an EV-DO device with world capabilities, so that means it will support SIM cards for global GSM networks. Best of all, it will have HSPA+ support so that you’ll get 3G speeds whenever you do roam about. It has Bluetooth and Wi-Fi, which is to be expected, a snappy 1.4GHz Snapdragon processor (the first smartphone to feature it!) and it will come in 8GB or 16GB models, too.

The HP Pre 3 will be Touchstone capable, which means you’ll be able to wirelessly charge the device just by placing it on HP’s Touchstone accessory – the same one we saw for the original Palm Pre and the Pre 2. While there are no solid release dates, HP is promising that we’ll see the Pre 3 this summer, so stayed tuned!

HP and Palm have done away with the Pixi as their pocketable webOS handset and moved on to a brand...