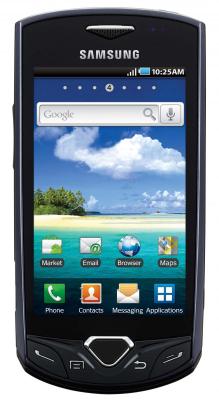 The Samsung Gem has finally found a home with Alltel, a wireless carrier that now serves six states in the United States. The Gem was spotted back in August 2010 with the assumption that the entry-level Android handset would land on Verizon in the early Fall. Back then, the Gem was an ideal candidate to occupy the low spot on the Android totem pole that was previously occupied by the HTC Eris.

Shortly after its initial debut, the Gem was spotted in a Best Buy Mobile ad next to the Samsung Fascinate, adding fuel to the fire of a Verizon Gem rumor. Despite more than one line of evidence pointing to a Verizon launch of this Samsung handset, the Gem failed to materialize.

Fast forward to 2011 and a recent rumor suggested the handset would land on a CDMA carrier presumed to be Cellular South. Images of the Gem were spotted on Cellular South’s website, but once again the handset has not been announced for this regional operator. After a bumpy pre-release period, the Gem will finally make its debut on Alltel.

The Gem is an entry-level handset that includes a 3.2-inch touchscreen display, an 800 MHz processor, 3.2-megapixel camera, 124 MB internal memory with microSD expansion (up to 16 GB), Wi-Fi, GPS and Bluetooth connectivity.

The Gem will be powered by Android 2.1, but given the specs, this version of Android will suit the handset just fine. The smartphone will be free after a $50 mail-in rebate and a new two-year contract.The remaining details on this Alltel-branded handset can be found within the press release on the second page.

Silver Motorola Xoom in the wild; WiFi, GSM versions on the way

The Motorola Xoom isn't even available yet, and we're already hearing about upcoming variants that are on the way. Recently...