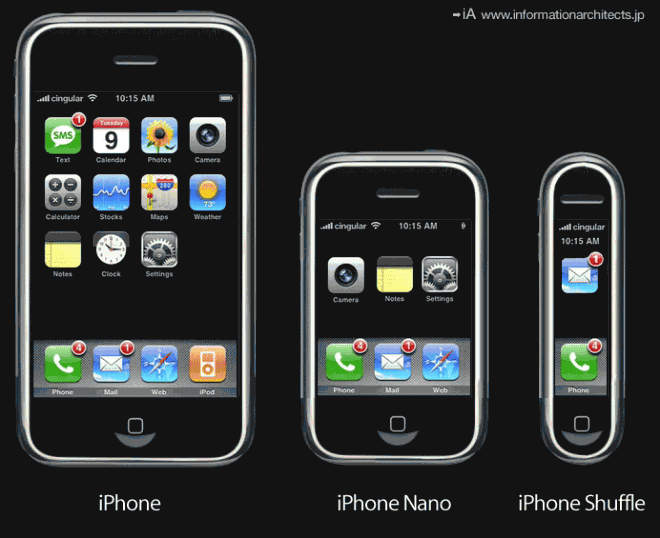 It’s been quite a while since we heard the iPhone Nano rumor pop up but Bloomberg is stirring the pot again by saying Apple is aiming to release a smaller, cheaper iPhone this summer to help it combat the growing threat of Google’s Android.

The report quotes an unnamed source who has seen the “iPhone Nano” prototype and it cautioned that these plans may still be scrapped but the company is looking to get this device out for around $200 off contract.

That seems like an outrageously low number when you consider that $200 is the price for many high-end smartphones once a carrier subsidizes it by about $300 or $400. Getting the iPhone Nano down to this price tag could be a major game-changer when you consider that it wouldn’t be too shocking to see this device work on multiple GSM and CDMA carriers.

Apple is able to make the entry-model iPod touch for $200, so it wouldn’t be impossible to get an iPhone Nano out at that price. Additionally, the company has been able to get the iPad out at the $499 price tag and competitors are still trying to match that almost a year later.

If the iPhone Nano ever really hit the streets at that number, it will be because Apple is fearful that Google’s Android is gaining too much traction in the mid-tier. Android is on a rocket ship to the moon when it comes to market share and many think it will replace the feature phones in many markets.

Interestingly enough, the report also says that Apple wants this to have a Universal SIM that lets the user toggle between the carrier of their choice. Because it will be so cheap, this will allow Apple to exert more influence over its negotiations with the carriers.

Carriers aren’t going to be happy about this though and you may see them independently decide not to support this device.

So what do you guys think of this latest report? It sort of makes sense if you look at the rest of Apple’s portfolio, as it generally has a product at every price level (check out the iPod Shuffle, iPod Nano, iPod touch and classic). Still, this is just a rumor, so take it as such.

Forget all the rumors and hearsay about the Verizon HTC Thunderbolt being a Best Buy exclusive or launching next week...