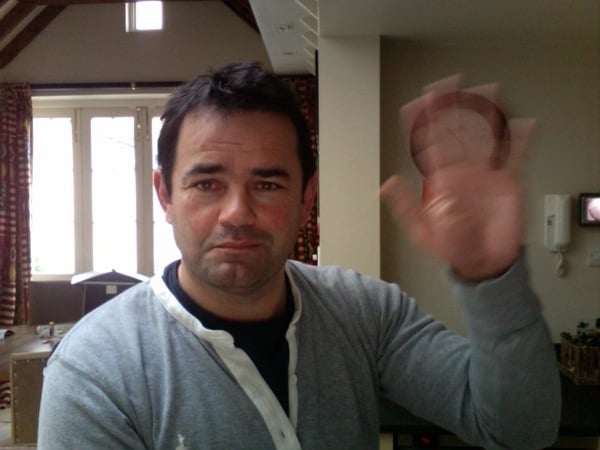 Will Carling, a former rugby captain in the UK, lost his iPad on a train and chronicled his journey to finding it with his Twitter account. But when he initially left the Apple tablet on the train, he just chalked it up as a loss until he remembered that he had MobileMe activated on it.

“At first I thought: ‘leaving it on the train, you idiot! That’s that then,'” Carling (45) told me. But a funny thing had happened one month before.

“I was having lunch with a friend. He was telling me this story of how his iPad had been stolen from his kit bag at the gym. He hadn’t enabled the tracking feature on it, so he couldn’t find it. I asked him if tracking worked, and he said, ‘Yes, very well’, so we set it up on my iPad over lunch.”

Carling quickly logged into MobileMe to try to track down his iPad and he spotted it immediately. He tracked it to an apartment block and didn’t get an answer at any of the 18 doors, so he left notes at each one and continued his search.

“Five minutes later I saw it start to move,” he told me. “It was bizarre,” he said.

Talking to his Twitter horde, he wrote, “Breaking news! My iPad has moved! It is now at the station! This is like Enemy of the State !!” He’d called the cops to inform them his iPad had gone missing at this point, and began sending messages to the device.

Clearly he was getting a little bit of a thrill in tracking down his beloved iOS tablet, and he even started sending messages to the device hoping to spook the thief. “You are very close to the Police Station now,” he said in one of the messages.

It worked. The thief ended up turning the tablet into the police and Carling was able to get his iPad back.

This isn’t the first time we’ve heard about a missing device being tracked by using a security service or GPS system. There was the missing iPhone which was tracked by helicopter and the stolen car tracked with an Android device inside it.

If you own a mobile device that is capable of being located and remotely wiped, it might be a wise idea to invest in such services.

NBA Jam wasn't the only game in EA Mobile's arsenal to hit the App Store as Ultimate Mortal Kombat 3...