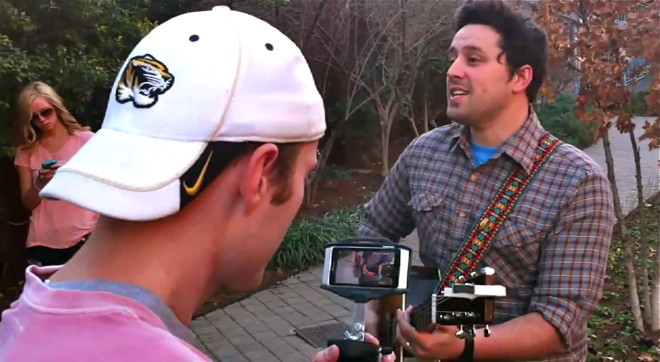 There is so much going on in the world of Nokia this morning with its new Microsoft partnership. In the meantime, however, folks are still apparently enjoying their current handsets running Symbian and having all kinds of fun with them. The Nokia N8, in particular, has been the star of many videos, short films and beautiful photography sets. This time, we have a music video shot with the Finnish smartphone and the results look pretty good.

Kyle Roberts, a videographer and editor, shot a music video for Denver Duncan which you can see below:

It’s well-lit and everything is pretty smooth. It’s not the first video we’ve seen with the N8, so we already know just how capable its 12MP camera is when shooting stills and video, but it also helps that the song is actually quite good.

The Symbian device was mounted in a case, and Roberts mounted that onto a bracket, tripod and other fixtures to get the shots that he wanted. After some editing and color fixing, the end product is what you see above. Not bad.

The trend of using mobile devices to shoot video seems to be growing, and with high quality videos being shot – and sometimes even edited – with devices like the iPhone 4 and the Nokia N8, hopefully other manufacturers will follow suit and start producing smartphones with some serious imaging power.

Take a look at the behind the scenes footage below to see how the music video was put together.

Nokia and Microsoft made a historic announcement today that unites the two technology companies together in the mobile marketplace. The...