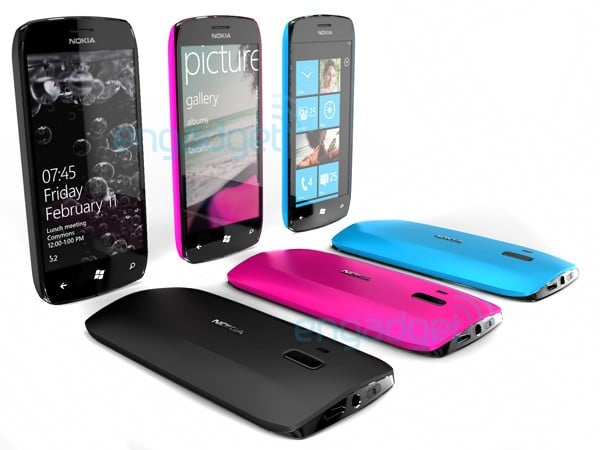 Nokia announced early this morning that it would be partnering with Microsoft to product Windows Phone 7 devices. It wasn’t unexpected, but it certainly was a bit of a surprise since we weren’t expecting this sort of announcement until later. Here we are just hours after that announcement and alleged concept phones are already surfacing.

Now, the partnership announcement has just been made, so I wouldn’t put too much stock in these initial images — they’re just concept devices, after all. That means the final product might not look so boring. The hardware does look a bit Nokia-esque, and it’s very strange to see the face of what’s coming – that Windows Phone 7 interface.

Engadget apparently has it on good authority that these are indeed actual Windows Phone 7 Nokia concept phones, but that’s a bit of a strange reassurance to make because, well, they’re concept phones. It means we may never see these particular models hit market. Still, it’s a reminder that this partnership is real and these WP7 devices coming from Finland will be coming soon.

Amongst the three phones, if given a choice, I’d take black. It’s the sexiest looking one of the bunch.

The HTC HD7, which has been chilling out on T-Mobile the last couple of months, has crawled its way north...