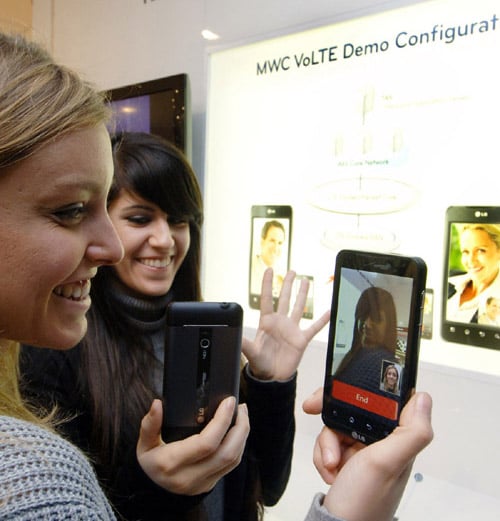 We told ya’ LG Revolution will be the first Verizon Wireless phone to support voice and super-fast LTE data simultaneously. LG is demoing the device at the Mobile World Congress, showing it handling both Voice over LTE (VoLTE) and Video call over LTE. In other words, if you’re a Revolution-ownin’ Verizon customer, you will be able to receive emails and other notifications even while on a (video) phone call, which is neat. To be fair that was possible for years with GSM-based networks like AT&T, T-Mobile and pretty much all European carriers.

LG uses the so called “One Voice” protocol that emerged from the GSMA initiative to create a global standard for delivering voice and messaging services over LTE, and which is expected to be widely adopted by mobile makers in the future.

As a reminder, the Revolution runs Android 2.2 Froyo and also comes with a large 4.3-inch WVGA touchscreen, solid camera, GPS and other “standard for Android” goodies. It will be available during the first of half of the year.

LG kicked off Mobile World Congress with a bevy of products including the 3D-capable Optimus 3D handset. The Optimus 3D...