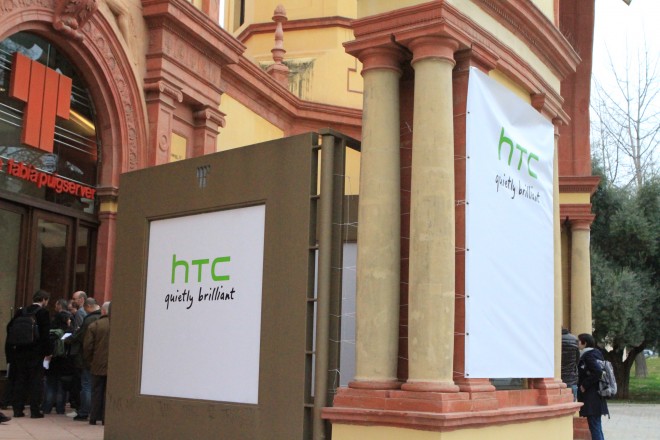 We’re live at HTC’s Mobile World Congress 2011 press conference, where the Taiwanese smartphone maker is expected to finally unveil their Salsa and ChaCha “Facebook phones” to the world. From the whispers we’re hearing circulating throughout the blogosphere, we’re also expecting HTC to drop a few new non-Facebook Android phones, including one model with an aluminum unibody construction, and a 7-inch Android tablet.

Last night, we saw all kinds of “leaks” pointing to HTC’s near-term announcement of more Android goodies for what we have to assume will be the European market, at least initially.

Here’s what we know so far:

HTC Salsa: a full-touchscreen handset with a 3.4-inch display and a dedicated Facebook key. The social network is embedded into Sense UI and lets you receive alerts for status updates, birthdays and other important life events. The handset will also display the latest status update and profile picture of a Facebook contact when making or receiving a call. When taking a photo or using Google maps, you can press the Facebook key to automatically upload your photo or share your location with the social network. Not sure what you can share? Then look at the Facebook key as it reportedly pulsates when you are doing something that is sharable. The handset will launch with Android 2.4 and will be available in Q2 2011 at a yet-to-be-determined price..

HTC ChaCha: a front-facing QWERTY handset with a 2.6-inch touchscreen display and a dedicated Facebook button. Similar to the Salsa, the ChaCha will include the deep Facebook integration noted above. The handset will launch with Android 2.4 and will be available in Q2 2011 at a yet-to-be-determined price. Stock photo available below.

HTC Incredible S: a unibody aluminum handset with a 4-inch touchscreen display that is an improvement over the 3.7-inch display of its predecessor.

HTC Wildfire S: an entry-level Android handset that will replace the Wildfire in HTC’s lineup. It will debut with sub-$100 price tag and may have been the handset spotted in a recent HTC advertisement.

HTC Flyer: a 7-inch tablet with a 1.5 GHz Snapdragon processor, 32GB of storage, 5-megapixel rear-facing camera, 1.3-megapixel front-facing camera, and HSPA+ connectivity. Sleek in design, the tablet will include an all-aluminum housing. The Flyer will include a stylus and a tablet-optimized version of Sense UI. A media-centric device, the Flyer will feature a new video download service from service called “Watch” and the OnLive video game service. It will launch with Android 2.4, but an update to Honeycomb will be . Available in Q2 2011.