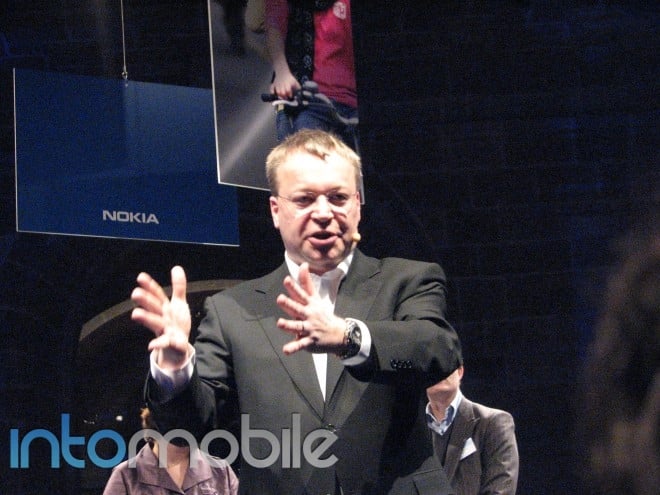 Speaking during a meeting with Finnish business journalists, Nokia CEO Stephen Elop said the handset maker would produce inexpensive Windows Phone handsets quickly. The ability to produce smartphones with a very low price point was reportedly on of the key factors in selecting Microsoft as a partner for the future of the Finnish company’s mobile platform. “We have become convinced that we can do that very quickly,” Elop said during this meeting on Friday. The final agreement between Microsoft and Nokia should be inked within the next few months and Windows Phone handsets are expected by the end of the year.

The initial response to Nokia’s decision to drop Symbian and adopt Microsoft Windows Phone has been mixed. The Finnish company’s stock dropped more than 20% and many Finnish employees unhappy with the decision took a voluntary day off when the deal was announced earlier this month. A group of stockholders claimed to be staging a coup to unseat Elop, but this Nokia Plan B initiative was later revealed to be a hoax.

Though many Symbian fans may be disappointed to see their mobile OS of choice disappear, mobile industry executives view the plan as a good move for two companies that are struggling in the mobile marketplace. Nokia is the top manufacturer by volume but is losing marketshare each quarter to Apple’s iPhone and Google’s Android OS. Microsoft is currently on the bottom, trying to fight its way up the ladder. This partnership will give each company a much needed boost.

Nokia CEO Elop also sold all his Microsoft shares on February 17th and purchased 150,000 shares of Nokia. The CEO came under fire earlier this month when it was discovered he held a large amount of Microsoft stock and none in his own company. The battered CEO claimed regulations prevented him from selling this stock during the negotiation period between the two high-profile companies. Now that the deal is public and close to being inked, the former Microsoft executive sold his interest in Microsoft and rightly invested it in Nokia.

[Via Reuters and Engadget]

Looks like it's going to be a good weekend, as we're hearing that Verizon is beginning to receive Motorola Xoom...