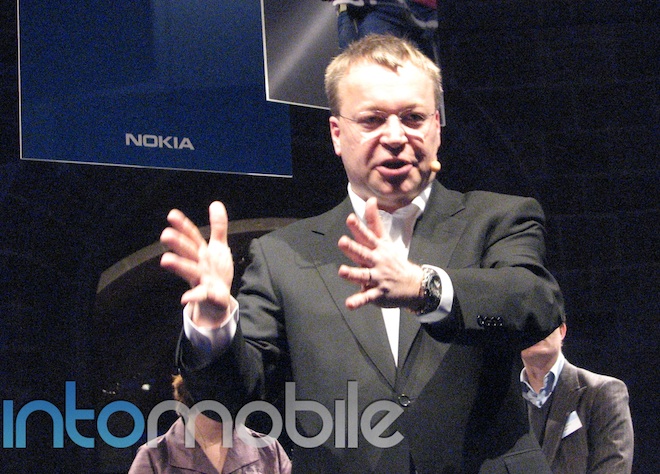 Typically when one is the head of a multi national multi billion dollar corporation, one owns shares in said firm. Stephen Elop, until just last week, didn’t own any Nokia shares. Legally he wasn’t allowed to since the deal with Microsoft to make Windows Phone Nokia’s main smartphone operating system, a deal he orchestrated, had yet to been made public. That would have been insider trading boys and girls, Gordon Gekko type shit. On last Thursday, the last day of Mobile World Congress, Stephen Elop purchased 150,000 Nokia shares, spending roughly 1 million Euros. That makes him the 3rd largest single share holder, right behind Jorma Ollila, the man who made the Finnish firm the international sensation it is today and who also ruined it by putting Olli-Pekka Kallasvuo in charge, and Mary McDowell, who under Elop’s new organizational structure will be in charge of “Mobile Phones”, meaning the lowest of the low end of devices. Yes, Elop still owns Microsoft stock, but when reporters asked him about that he said “of course I’ll get rid of the rest of my Microsoft shares.” So, that’s that.

Considering Nokia’s stock price hasn’t been this low since the late 1990s, Elop got one hell of a deal. Rumors circulating on the internet say his job is to turn Nokia Siemens Networks into an independent company and then set the stage for a takeover by Microsoft. This is supposed to happen in late 2013. But before we get there, let’s just wait to see what team Redmond and Espoo can churn out. Windows Phone didn’t get a lot of love because it was too new, but with a name like Nokia on the tin … maybe people will be a little more warmed up to try Microsoft’s latest attempt at getting back into the mobile space.

Or not. RIP MeeGo.

Nokia: Our dumb phones can now do Foursquare … if you’re into that sort of stuff

Of all the social networks that have come and gone since I first dialed into the internet during the early...