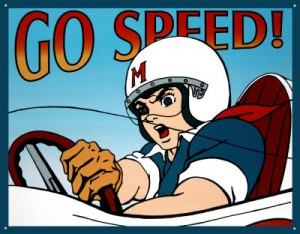 This is a bit of a stretch, but an Android application might have helped a man get out of a speeding ticket in Yolo County, California. After Sahas Katta of Skatter Tech was cited for going 40MPH in a 25MPH zone, Katta realized he had Google Tracks running on his phone. The app recorded his speed via GPS as being only 26MPH, so the speeding citation was possibly inaccurate.

After rounding up his data, Katta went to court in hopes of beating the case. Now, when most of us show up at court to fight a ticket or citation, the hope is that the officer won’t show up without giving the judge prior notice. In most of those cases, the ticket or citation will be thrown out. In this case, however, the officer showed up. Katta pulled the old when-was-your-radar-gun-last-calibrated trick, and coupled with his GPS data from Google Tracks on his phone, the officer didn’t have much of a case against him.

Be careful if you plan on trying to pull this off yourself, though. Most police officers, especially the California Highway Patrol, have wisened up to these rebuttals. Whether they use GPS or lasers, most officers these days will walk into court with notes on the back of the citation pertaining to your case. And they’ll come in knowing about the age-old calibration trick, too.

Still, it’s good to see it worked out in this case, although the judge didn’t really take the app data into consideration since he claimed not to know enough about the technology to hinge his decision on it.

The RIM-owned company QNX has tweaked out a 2009 Corvette which lets the BlackBerry PlayBook change the car's internal temperature...