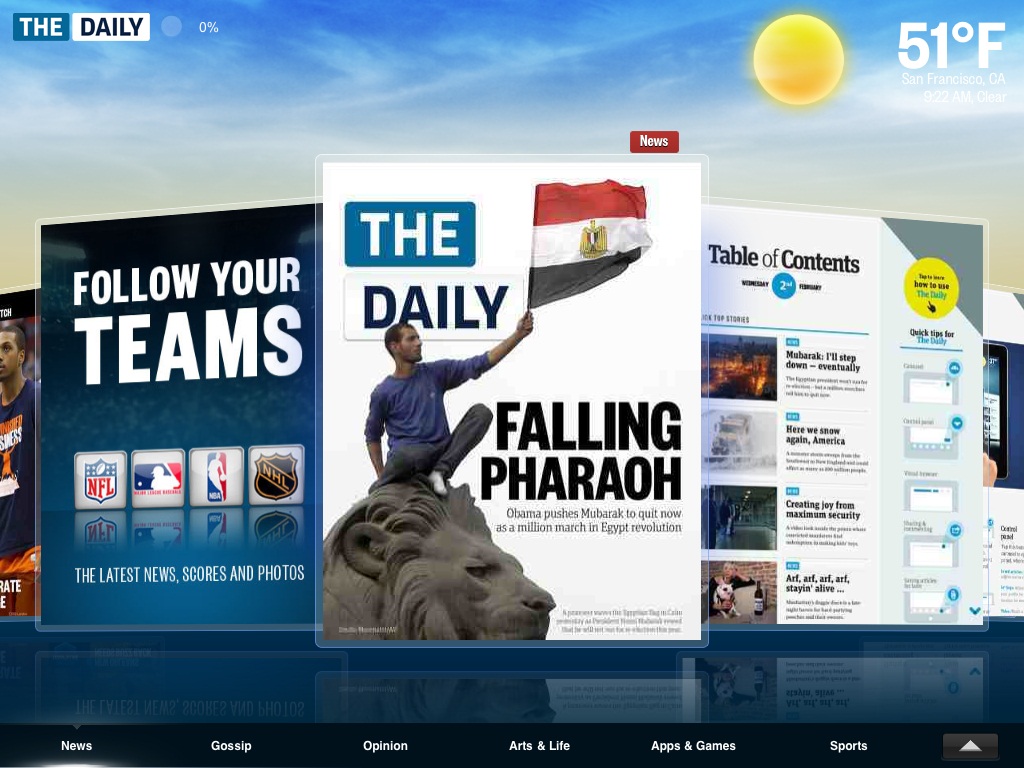 Rupert Murdoch’s iPad-only newspaper, The Daily, isn’t going to be, well, for the iPad only much longer. According to rumors, the digital newspaper is being prepped for the Android platform. It makes perfect sense given the onslaught of Android tablets we’ll be seeing this year – a market that Murdoch and company wouldn’t want to miss out on.

So far, The Daily has gotten mixed reviews on the iPad. Each issue download can take nearly two minutes, it’s very disorganized, the content is mediocre or worse and much of it is just not very compelling. All Things D reports:

Hopefully the version that is being optimized for Android will have fewer issues than the iPad version. And while they’re at it, they might as well fix the iPad version, too, and perhaps get a stronger editorial team, too.

In the meantime, the trial period for iPad users ends this week, and it will be a true test of the publication’s staying power. Ninety-nine cents per week is a nominal fee for a daily publication that is rich in pictures, video and content, so we’ll see how many current users stay on board once they actually have to pay.

As expected, the Motorola XOOM went live and is now available from Verizon Wireless. The XOOM will be available for...