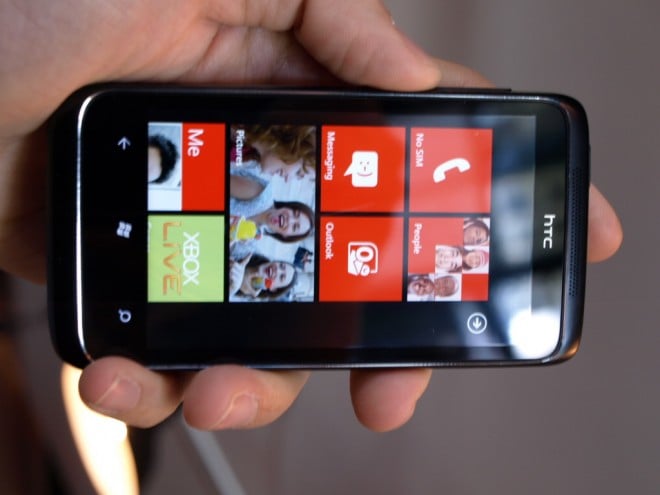 According to a report out of WinRumors, Verizon is planning to launch its first Windows Phone 7 handset in March. The announcement of the HTC 7 Trophy may happen as early as February 28th (that’s tomorrow!) and the device will sell for $199 with a two-year customer agreement. The handset will land on Verizon in late March, a timing that coincides with the arrival of Sprint’s first Windows Phone handset, the HTC Arrive. The Arrive will make its grand entrance on March 20th and will be available for $199 with a two-year customer agreement.

These two devices will land after the first major update to Windows Phone is distributed to handsets. This NoDo update will include cut and paste as well as add support for CDMA technology. Both the Arrive for Sprint and the HTC Trophy for Verizon will launch with the NoDo update already installed. This update is rumored to have been available since December but carrier and manufacturer concerns delayed its release.

These concerns may be legitimate as the first wave of updates distributed last week resulted in reports of bricked handsets. This first update was a minor update that prepared handsets for the major NoDo update slated to land in early March. Reports of bricked Samsung handsets forced Microsoft to announce publicly that it was pulling the update for Samsung handsets while it works with the Korean manufacturer to fix this problem.

This rumor of a Verizon Windows Phone handset comes hot on the heels of a negative comment by Verizon CTO Tony Melone who had this to say about Verizon’s handset lineup,

“I don’t think Verizon needs the Nokia and Microsoft relationship. Right now the three OS players we see for our network are Android, Apple, and RIM. ”

Not only is this an affront to Microsoft, it should also raise the ire of HP which is trying to resurrect the webOS brand.

Verizon releases Vendetta and Unhinged advertisements for the Xoom

Verizon is pushing its new Android tablet, the Motorola Xoom, with a series of advertisements that entertain and showcase some...