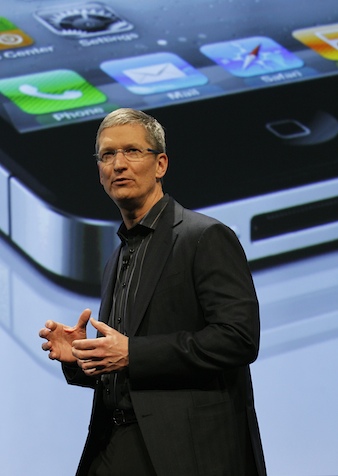 Bernstein analyst Toni Sacconaghi interviewed Apple COO Tim Cook recently, where he said that they’re looking to make an iPhone ideal for prepaid customers; “price is big factor in the prepaid market,” and they’re not “ceding any market.” China is a prime target for such a product, and Cook says they’re working on “clever things” to enable anyone to get an iPhone – it’s not “just for the rich”.

Prepaid is something Stefan thinks Apple should have tackled from the get-go, and though I’m tempted to agree, I understand that as a new entrant, the iPhone needed all the partner support it could get. Though older iPhones can certainly compete on price, new entry-level Android phones stand a better chance at piercing prepaid markets than iPhone right now. Which corners Apple is willing to cut to reduce cost is the big question, though; maybe a $200 off-contract iPhone Nano with a non-Retina display will do the trick, though that rumour’s still up in the air. Apple supposedly backed off on the idea of embedded SIM cards because of service providers, so an iPhone Nano may be equally squashed if retail partners aren’t cooperative, though Sacconaghi says Apple remains bullish in their carrier relations.

Whatever ends up happening with the iPhone’s entry into Prepaid Land, we’ll have to get through this iPad 2 noise next week before getting any solid idea of Apple’s smartphone plans.

T-Mobile is taking that sweet-looking lady spokesperson of theirs and talking some trash on the Apple iPhone 4 for AT&T...