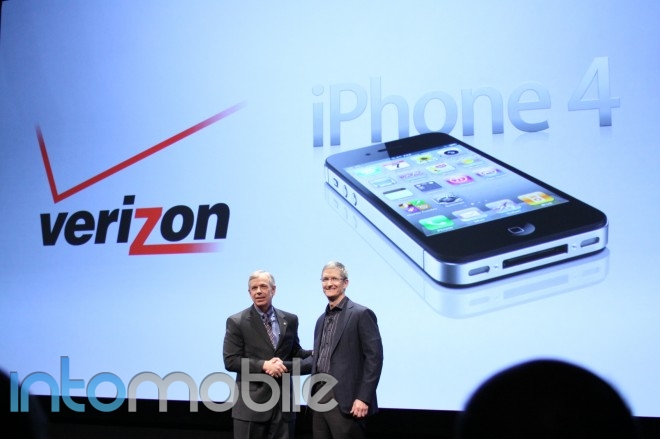 Analysts are estimating that Verizon sold 1 million iPhone 4 units on its opening weekend, following up on commetary Verizon’s CEO saying that it had set records (though he didn’t disclose numbers). The iPhone 4’s debut on AT&T scored 1.7 million sales on launch weekend, so excitement for the thing hasn’t tapered off that much.

Even though it’s a few months old at this point, the iPhone 4 still brings a lot to the table. The 960 x 640 display is unparallelled, you won’t find more apps anywhere else, and the 5 megapixel camera takes great pictures. The only caveat for the longest time was that you had to deal with AT&T’s inability to hold a signal long enough to make a phone call, but with Verizon finally in the picture, those who love the phone but hate the service have an option. Consumer Reports say that the old antennae problem still exists on the CDMA iPhone 4, but a bumper fixes that issue quickly enough.

Most of Verizon’s weekend sales of the iPhone 4 were online, which would explain why we didn’t see the classic lineups in front of Apple stores. I’m curious to see if the hype for the iPhone 5 will renew the fanboy vigor and long lines in September, or if a strong online sales channel will simply do away with that whole cultural phenomenon.