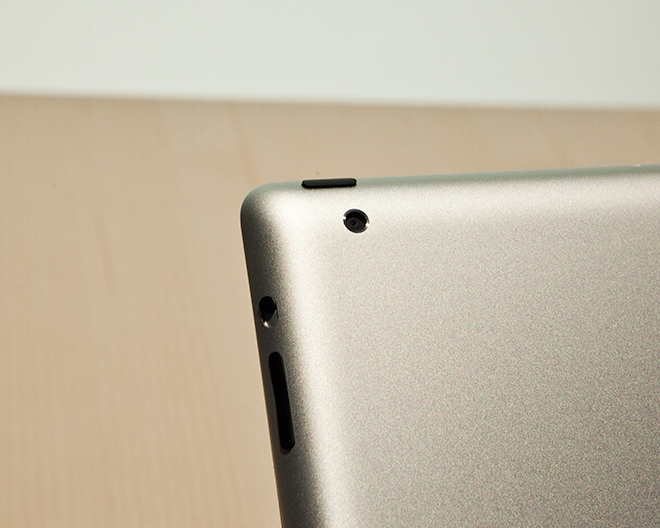 When the iPad 2 was announced just a few days ago, many of us were wowed by its specs. It’s thinner than the iPhone 4, lighter than the previous iPad, it has Apple’s new A5 processor and the battery life is still rated at 10 hours. What’s not to love? Apparently, it’s the rear camera.

Apple says that the camera is capable of recording 720p HD videos, but doesn’t say much for still photos. Similar to the iPod touch, it turns out that the rear camera takes low-resolution photos. Wired discovered that the iPad 2 camera takes 0.92MP photos, which is rather paltry in an era where mobile devices are taking 5, 8 and 12 megapixel photos.

I will have to defend the iPad 2 here, however. Sure, Apple included a rear camera for shooting videos, so why not make it decent enough for stills?

I don’t know about you, but when I’m walking through Times Square and I see bright billboards that I want to share with friends, my first thought isn’t, “Oh, snap! Let me whip out my iPad 2 and take a photo of this!”

The specs for the iPad’s rear-facing camera only lists one number: 720p. That should mean 1280 x 720 pixels, which gives a megapixel figure of 0.92, clearly useless for stills.

Indeed, it’s virtually useless for stills, but it also depends on what you’ll be using them for. If you’re just sharing things on Facebook, Twitter or your personal blog and your images never exceed 500-600px width, you’re fine. But if your plan is to print 2-foot posters of your images, then perhaps the iPad’s rear camera isn’t the best choice.

Still, for a device that costs a minimum of $500, it would be nice to have a better image sensor, rather than these bottom-of-the-barrel ones Apple insists on using. Will we ever get one? It’s starting to look rather doubtful.

OK, good point, but the first-generation iPad was also a minimum of $500 and it didn’t include a camera, and it had a slower processor. It’s a pretty weak argument to make. That’s like saying an iMac costs $2,000, so it should have a 15MP CMOS sensor front-facing camera on it.

Apple threw a huge wrench into Samsung's Galaxy Tab 10.1 plans with the iPad 2, and now the manufacturer of...