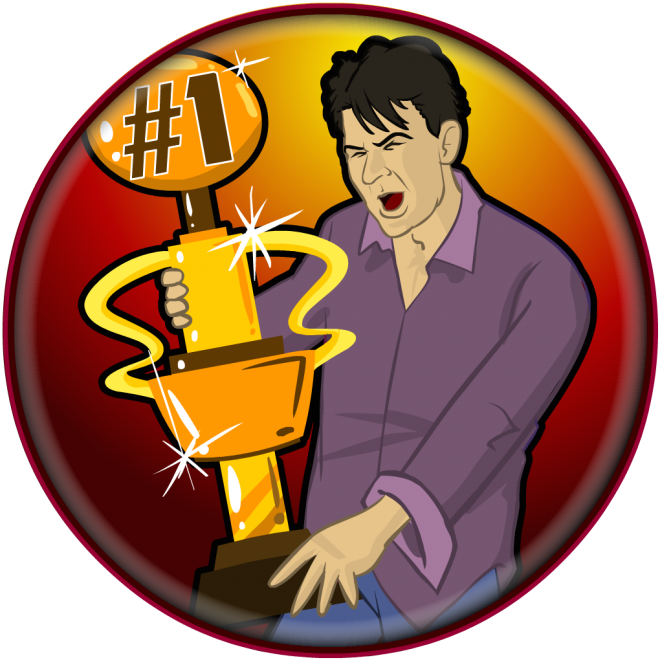 Philo, a social check-in app for television shows, recently announced custom rewards for those watching Two and a Half Men. There are four stickers all told: Tiger Blood, Goddesses, Winning, and Charlie Sheen. How you win them is a bit of a mystery though… It doesn’t look like it’s a straight-up “check in this many times to get the badge” kind of deal. Apparently you can win one by e-mailing them a Charlie Sheen-themed picture. More info over here.

As you might have heard, Charlie Sheen has gone off his rocker since losing his spot on the show and become the internet’s meme du jour thanks to such quotable gems as “We’re Vatican assassins. How complicated can it be, “this contaminated little maggot can’t handle my power,” “I am on a drug. It’s called Charlie Sheen. It’s not available because if you try it once, you will die. Your face will melt off and your children will weep over your exploded body,” “the only thing I’m addicted to right now is winning”, and “defeat is not an option. They picked a fight with a warlock.” Is it an explosion of awesome ballsiness, or a pathetically bitter fall from grace? You be the judge. I’m leaning towards the prior, partly because he’s in a polygamous relationship with a model and porn star (his “goddesses”) who are both about 20 years younger than him.

Philo’s main competitor is GetGlue, which handles check-ins from more than just TV – they do movies, wine, books, video games, and lots of other stuff. The difference is, GetGlue works closely with movie studios and content owners, so I imagine they aren’t in a particularly good position to offer similar custom rewards as Philo.

To get your winning on, you can find Philo in the Android Market, or at the iPhone App Store below. For your viewing pleasure, here are some remixes of Charlie Sheen’s wacky media antics.

Saab and Android are going on a road trip as the car maker will be using Google's mobile platform to...