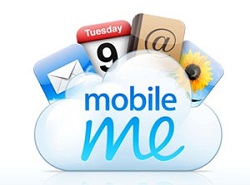 Apple is reportedly in talks with the record companies to allow multiple re-downloads of tracks on multiple iOS devices and this could be part of a revamped MobileMe.

Currently, you can buy these tunes via iTunes and transfer them over to separate devices or you can purchase them directly on the device. Apple will enable re-downloads of content if you contact them and ask really, really nicely (kind of a pro tip there), but there’s no “digital locker” to make life easy. That may change with these negotiations but music labels have been very hesitant to agree to this model because it would rather get the revenue of people having to purchase the same content multiple times on different devices.

Making this a part of a revamped MobileMe could be an extremely attractive feature and it would be a major deal because of the size of the iTunes ecosystem. Even without this deal, making MobileMe free may still be in the cards.

If there’s one gigantic weak spot in Apple’s portfolio, it’s a strong cloud-based service for users. Sure, MobileMe is fine for casual users and making it free will go a long way to help its adoption but is it better than the free alternatives?

If I had my way, Apple should just look under its mattress for about $90 million or so, buy Dropbox and integrate that into the next version of iOS.

Even if Apple did buy Dropbox or another cloud storage provider tomorrow, there’s no indication that it would wind up in MobileMe any time soon. Remember, Apple purchased LaLa last year and many expected a streaming version of iTunes to roll out shortly. This, too, was due to record label negotiations because the deals that LaLa had secured to give people streaming access to tracks were invalid once the company was sold.

Apple iPad 2 camera may not be ideal for still photos

When the iPad 2 was announced just a few days ago, many of us were wowed by its specs. It's...