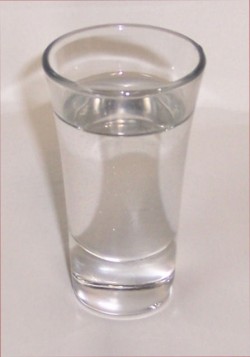 We’ve already heard that T-Mobile may be bringing the LG Optimus 2X to us sometime this year in the form of the T-Mobile G2X, as well as the rumored HTC Pyramid. Now we’re hearing of another device that may hit Magenta in the near future, also made by HTC. The device is rumored to be called the “Doubleshot,” but at the moment, we’re still not sure what the device actually is.

The Doubleshot could very well be a handset, but we’re not dismissing the possibility that it could also be some sort of tablet. If the latter turns out to be true, we could see the Doubleshot hitting T-Mobile as the HTC Flyer in the near future. That said, when HTC announced the Flyer, it was running Android 2.4, and the Doubleshot is rumored to be running Android 2.3. This just goes to show how much we don’t know about the device at this point.

Could T-Mobile be readying an arsenal of high-end Android devices to do battle with the competition? We know that Sprint may have quite the lineup this CTIA, but T-Mobile may be positioning themselves to steal some of that thunder. If the T-Mobile can deliver a solid lineup of devices, they may be able to whether the storm of the upcoming Thunderbolt, EVO 3D, and Nexus S 4G when the time comes. And that’s just the Android competition.

We saw some great devices at CES, but it looks like CTIA may prove to be equally impressive, and we’re only three months into the year. The year is already shaping up to be filled with dual-core CPUs and 3D enabled devices, and hopefully we’ll see some truly innovative handsets hitting the market using the technologies.

Since the Doubleshot is made by HTC, we can at least expect the device to have a solid design, and hopefully Magenta will be nice enough to throw some HSPA+ connectivity in there as well.

Android Leads U.S. Market, BlackBerry and iPhone Not Far Behind

Corroborating Nielsen's survey, comScore has released a study showing the progress of mobile platforms in the U.S. in the three...