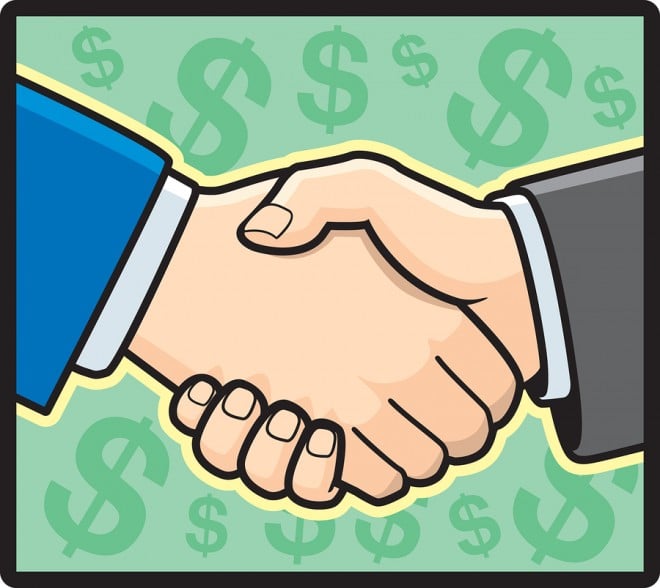 Once again, but with feeling … We’ve heard that T-Mobile and Sprint would merge to create a super third carrier to compete with AT&T and Verizon before but a new report from BusinessWeek suggests the deal may be on track.

The report says Deutsche Telekom (the parent of T-Mobile USA) is in discussion with Sprint Nextel to sell the fourth-largest U.S. carrier in exchange for a stake in the new entity. If consummated and if it passed governmental scrutiny, the deal would create a new carrier that has roughly 70 million subscribers. By comparison, AT&T and Verizon have more than 90 million customers, respectively.

The report doesn’t indicate that a deal is close and the haggling may be over what T-Mobile is worth. Despite the company increasing its 3G network by leaps and bounds and introducing cool handsets like the myTouch 4G, the carrier continues to shed subscribers. The last quarter was particularly painful because it had a net loss of the lucrative postpaid, long-term contract customers.

Of course, a Sprint T-Mobile merger would create a nightmare of networking problems that may be too much to overcome. T-Mobile currently uses GSM technology and HSPA+ for 4G while Sprint uses CDMA and WiMax for its 4G services. These are not interoperable, so you’re looking at dual-mode devices for this entity for the first few years.

But what about LTE in the future Marin? Despite its insistence on WiMax, many think Sprint will eventually switch over to LTE and T-Mobile has already committed to that technology eventually. The problem is that this rollout and unification would take years and years before there’s a harmonious network between the T-Mobile Sprint venture.

The last time Sprint did a major merger, it joined with Nextel and its iDen network and its still paying the cost for integrating. I wouldn’t count out a deal but I wouldn’t hold my breath.

Wishing your your Motorola Xoom had some Google Voice lovin on it? Looks like Google is working on the application...