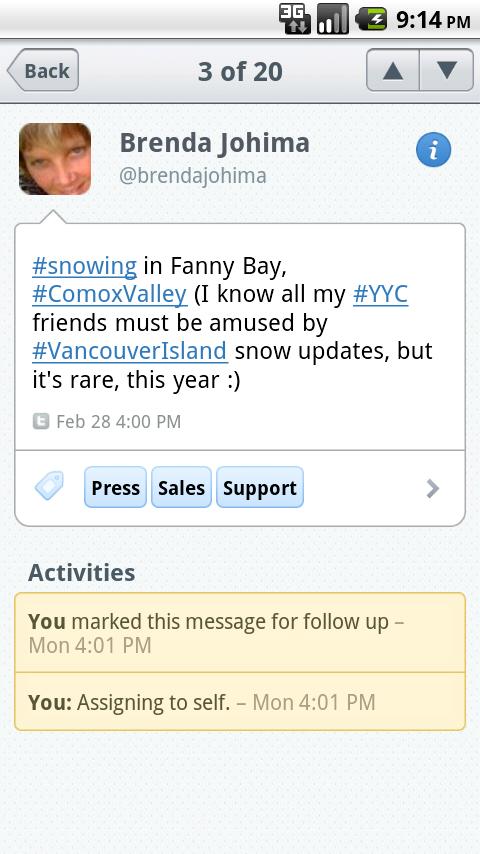 CoTweet, a popular enterprise-grade social networking client, has launched a salvo of mobile apps at SXSW to keep marketing, support, and PR professionals in touch with their customers via Twitter. They’ve had an iPhone client for a little while now, but Android, BlackBerry and Windows Phone apps are all new. Windows Mobile is a strange choice, given Windows Phone is out and about, but there are no doubt some hard-bitten enterprise folks who have yet to loosen their grip on their weathered and ancient WM devices.

CoTweet allows for multiple workgroups to handle Twitter account control, assign updates for colleagues to follow-up on (and even invite other internal experts to handle particular issues), monitor keywords, tag and categorize incoming tweets, schedule tweets, and lots of other stuff. CoTweet’s biggest competition at this point is HootSuite, which might not have quite as rich task assignment, but spreads over a wider range of social networks than just Twitter and Facebook.

You can find CoTweet in the Android Market, BlackBerry App World, or in the iPhone App Store below. Just remember, you have to already have a corporate CoTweet account, which runs about $1500/month and up.

The HTC Pyramid, a powerful upcoming Android handset for T-Mobile, has finally shown its face to the world. The first...