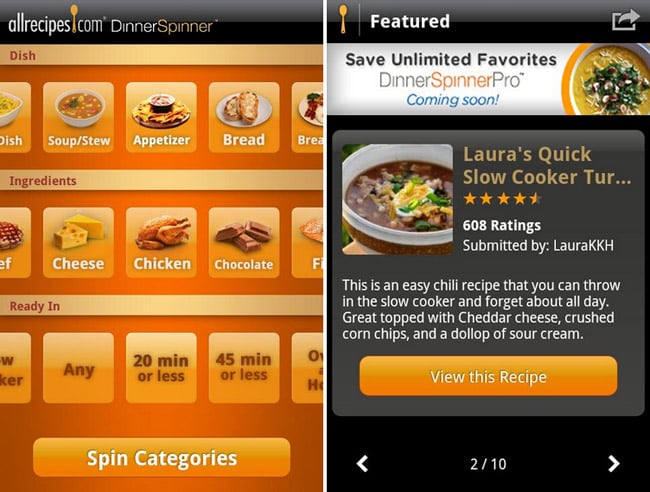 After super-successfully conquering the hearts and minds of iOS device users, Allrecipes.com is looking to repeat the success on the Android platform. The #1 food site is starting with the free Dinner Spinner app, bringing its complete collection of recipes to anyone with an Android-powered smartphone or tablet.

Allrecipes.com Dinner Spinner has been downloaded by almost 6 million iPhone, iPod Touch and iPad owners and we’ve no doubts Android users will “react” in similar numbers. The Pro (paid) version of the application is set to follow this spring and will include Recipe Box syncing, Shopping List, Ingredient Search and more.

Commenting on the app launch, Allrecipes’ president Lisa Sharples said: “Dinner Spinner is the ultimate mobile tool for finding, saving and sharing recipes. Android users have been asking for this app since it launched on the iPhone, so we’re thrilled to deliver it to them.”

Brazil gets its iPad-only newspapers – Brasil247

Rupert Murdoch's The Daily got a local competition in Brazil - Brasil247, which stands for Brazil 24 hours a day,...