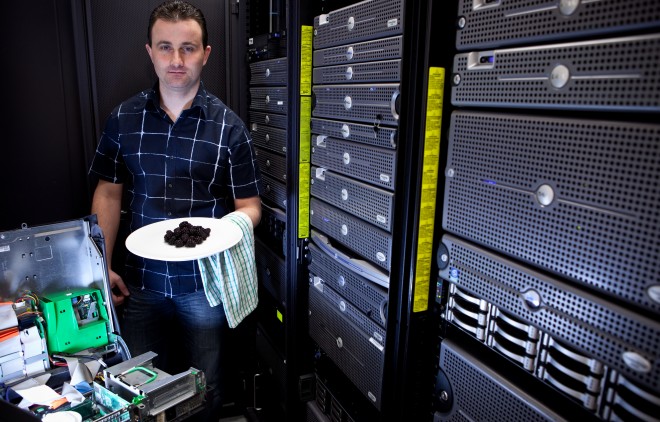 Until recently, Microsoft offered to host BlackBerry Enterprise Servers for $10 per month per user, but that has apparently changed. They now offer the add-on as a free add-on to existing hosted Exchange customers. From their Mobility Solutions sheet:

This is apparently part of the launch of a new Microsoft cloud platform called Office 365, which is due to land in June.

RIM had already started to moving to free with their BES Express product, and I suspect as competing mobile platforms offer respectable cloud services for keeping devices and desktop computers wirelessly synced-up (like Google or MobileMe), BES may become less and less worth the premium price to smaller businesses. From Microsoft’s perspective, they may already have a vested interest in supporting their own competing ActiveSync enterprise standard, as well as promoting Windows Phone, but BlackBerry is something of a permanent fixture in many businesses, and Microsoft would be shooting themselves in the foot by not supporting it.

At the CanSecWest security conference in Vancouver, some well-intentioned hackers broke into a BlackBerry handset through the WebKit browser in...