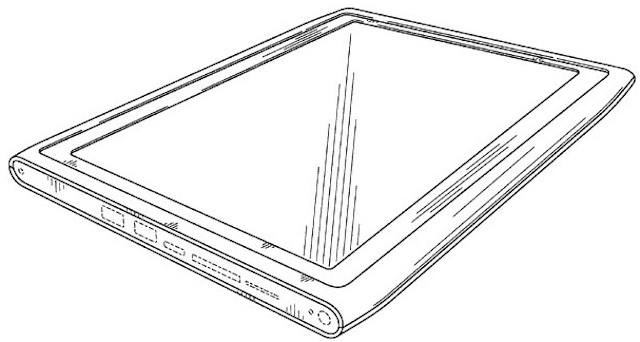 Several documents filed with the United States Patent and Trademark Office by Nokia reveal a rough sketch of a tablet device that looks remarkably similar to the N8 that was released last autumn. This isn’t the first time we’ve heard rumors that Nokia was working on a tablet. Back in November of 2010 the “Z500” showed up on one of Nokia’s own websites, albeit without any photos, specifications, or price tag attached. If it came out then chances are high that it would have ran MeeGo and would have had an Intel processor inside. It would have also cost way too much compared to the iPad, which is probably why it was delayed and/or cancelled. Now that Nokia is turning to Microsoft for their smartphone needs, how exactly are they going to tackle the tablet space, and more importantly should they even bother?

Microsoft has already announced that the next version of Windows will support ARM processors. How exactly they’ll throw a touch optimized user interface layer on top is anyone’s guess, but pretend that they do and it rocks. It’s still at least a couple of years away. By then Apple will be on the 4th generation iPad, Android tablets will be so commonplace that it’ll be sickening, and Nokia will have only just completed their multi-year transition to Windows Phone. We’re sure that Stephen Elop knows more about Microsoft’s plans for tablet devices better than anyone else, but it’s doubtful that he’s going to talk. Tablets caught Microsoft off guard in much the same way that Android and iOS caught Nokia by surprise. Are two companies, completely bewildered by the competition, really going to come out with “the next big thing” any time soon or are they only going to reach feature parity by the time it’s too late to even matter?

Sprint is one of the two major American operators to use CDMA technology to power their cellular network; the other...