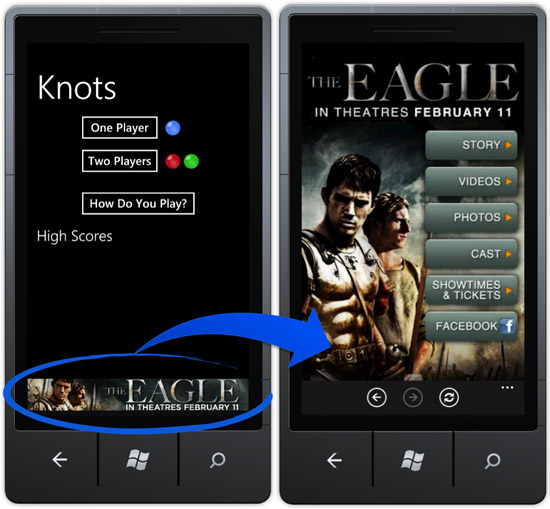 After iOS, Android and webOS – AdMob is going for the Windows Phone 7 users. The “owned by Google” company launched a beta SDK for Microsoft’s latest mobile OS, allowing developers to make some cash out of their free apps.

The SDK allows developers to control where the ads appear, and what types of ads are shown in the apps. Both text and banner ads are supported with a variety of post click actions including opening a webpage and linking directly to the App Marketplace.

AdMob says they have taken steps to customize the ad experience for the look and feel of Windows Phone 7 and make it easy for users to return to their app after engaging with the ad.

LG's entry-level Android smartphone, Optimus Me P350, is now available in Germany thanks to the good ol' Amazon. The online...