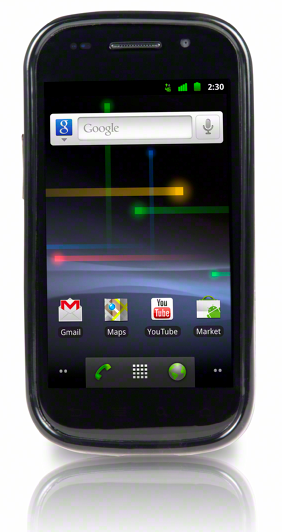 Sprint announced on Monday that it will be offering the Nexus S 4G Android smartphone made by Samsung in collaboration with Google. The Nexus S 4G will be featuring Android 2.3 Gingerbread, the latest version of the mobile operating system, and will feature WiMax connectivity for fast data speeds as well. Of course, we already knew this thing was coming.

The Nexus S 4G will be similar to the model sold for T-Mobile’s network: it has a 1GHz processor, Android 2.3 Gingerbread, a 4-inch Super AMOLED display, a 5MP rear camera and VGA front-facing camera for video calling.

The smarthone will be available some time this spring, but Sprint hasn’t given a specific release date, and it will sell for $199.99 with a new, two-year contract.

If you’ve already seen or played with the Nexus S for T-Mobile, you’ll know exactly what you’re in for with the Sprint model. The body and operating system are identical, and perhaps the only differences are that this will support Sprint’s Google Voice network integration as well as its speedy 4G WiMax network. Otherwise, it’s nothing we haven’t already seen.

For more details, check out the press release on the following page.