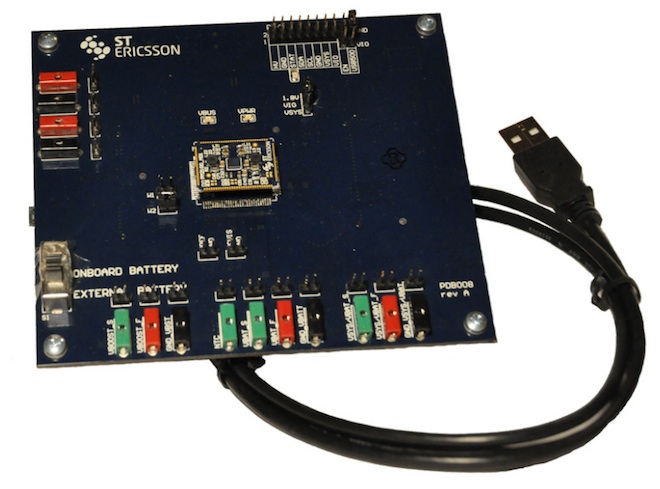 Nothing takes the wind out of your sails than your smartphone kicking the bucket and then having to sit and wait a countless number of hours for the damn thing to get fully charged up again. The reason it takes so long is because nearly every smartphone on the market can only pump 1.5 amperes to the batteries when hooked up to your wall socket. ST-Ericsson, looking at pleasing all you impatient geeks who need to get their Facebook and Instagram fix, has announced the PM2300 today and to make a long story short it lets devices charge with 3 amperes. You’re charging time is now halved. This isn’t some exotic component either. ST-Ericsson says it’s relatively cheap and that it’ll start shipping in retail products during the fall of this year. Will it hit a smartphone near you? You’re going to have to wait until someone cracks open the handset you’re lusting after to confirm what’s inside.

While we’re on the subject of recharging batteries faster, where are all those super capacitor based batteries we’ve been hearing about for ages? You know the ones we’re talking about, the batteries that are supposed to get a full charge in less than a minute and be able to withstand thousands upon thousands of cycles because said batteries aren’t really batteries, but just capacitors on steroids? Forget about making a mobile phone last 3 days off a charge. We’d rather have it last half a work day, but recharge in the time it takes to post a funny Twitter message.

Until this technology hits the market you’re better off just carrying a spare battery … that is unless you own an iPhone, Nokia N8, E7, or other such device. Most HTC devices should let you swap and if you have a feature phone then you’re golden since those things never die anyway.