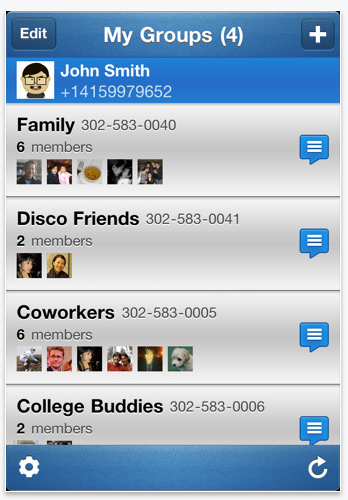 There is certainly no shortage of messaging apps for the iPhone. Disco Messenger by Google now joins the ranks of Beluga, GroupMe, Fast Society, WhatsApp, Kik Messenger and others for messaging platforms available for Apple’s smartphone. When will it ever stop?

Disco Messenger was created by a company called Slide, which was purchased by Google late last summer. The messaging app uses text messaging to get messages through, so if you’re going to spring for this thing, be sure to have an unlimited SMS plan. You can create groups, add friends and just go nuts annoying everyone with random messages.

The app will give you a new number to text when you when you sign up, sort of like some of the international messaging apps available for the iPhone, that will be used when you’re sending messages to your friends.

If you’ve tried the dozens of other messaging apps for the iPhone, but weren’t satisfied, give this one a try. It’s free and available in the iTunes App Store now.