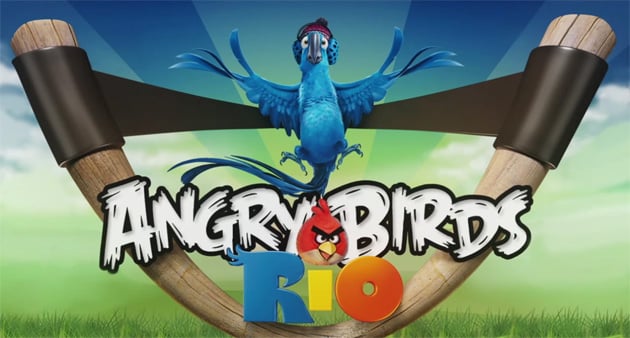 Ever since Angry Birds was released back in late 2009, it’s been on a steady track to dominate the mobile gaming market. It’s gotten to a point that you can mention Angry Birds in a normal conversation and not be looked at like a man-child for admitting to playing video games. Either way, Angry Birds is the first casual mobile game that successfully bridges the gap between casual and hardcore gamers.

Angry Birds developer Rovio Mobile released another version of Angry Birds title, Angry Birds Seasons, which receives a regular dose of updates through various seasons. Now they’ve released a new Angry Birds game titled “Angry Birds Rio” which takes the birds from the comforts of wherever they’re from attacking green pigs to saving tropical birds and taking down a marmoset or two along the way. Does Angry Birds Rio continue the honored tradition of throwing birds into obstacles in order to score points? 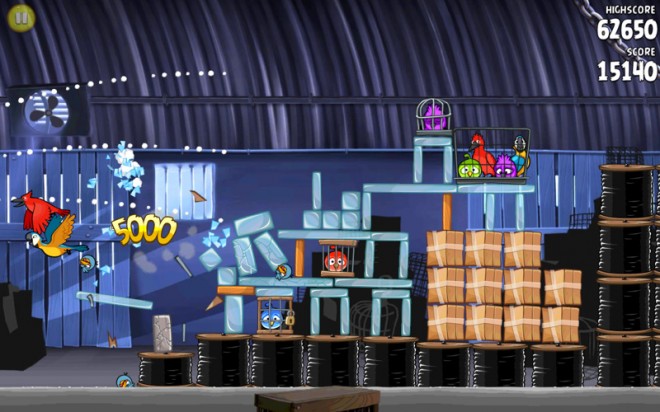 One of the first things I noticed when I started playing Angry Birds Rio was how much work Rovio put into the game’s graphics. The previous Angry Birds games didn’t break any milestones in terms of graphics, but there are a lot of nice little enhancements in Angry Birds Rio, such as animated backgrounds, that make this Angry Birds title stand out from its previous versions.

The gameplay has been left unchanged, and that’s definitely a good thing. With how many hours, days, and weeks Angry Birds players have spent with all of the games attempting to obtain a 3 star rating in every level, I’m sure a change in the game’s mechanics will start an uprising of epic proportions. As with the previous Angry Birds titles, you’ll start off with a Red bird which doesn’t do anything but ram into obstacles, but as you progress, you’ll unlock different colored birds that will offer a wider variety of attacks to fine tune your demolition abilities. 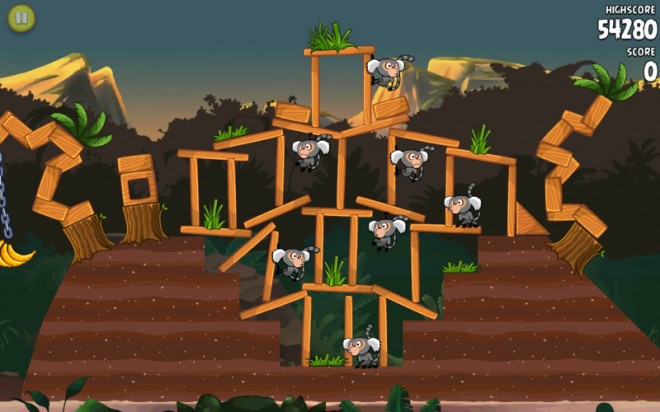 As of now, Angry Birds Rio only offers two different stages to play through with 30 levels to play through for each stage, but the stage selection screen teases four future updates all up until the end of the year. Both the Smuggler’s Den and Jungle Escape offer a nice contrast from one another. Since Smuggler’s Den is in a warehouse, the stage and the building materials have more of an industrial look to them, while Jungle Escape has buildings built with natural materials, such as tree trunks and branches.

FINAL THOUGHT: I’ll admit it – I wasn’t much of an Angry Birds to begin with as I know a number of other games that are worth my time. With that said, Angry Birds Rio has single-handedly brought me back to the franchise as it’s numerous enhancements are well worth the cost of admission. With Rovio laying out release date windows for future updates within the game, you can be sure you’ll be getting a lot of content throughout the year.