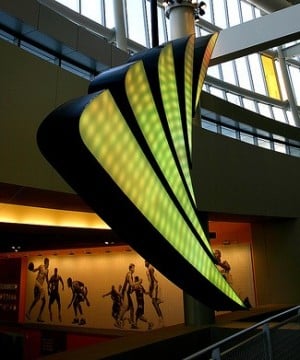 During CTIA 2011 in Orlando, Florida last week, Sprint CEO Dan Hesse really showed his colors by taking solid jabs at each of the other carriers during a CEO round table moderated by Jim Cramer. And during Sprint’s unveiling of the EVO 3D, Hesse quipped that the other carriers have “faux-G” rather than actual 4G. It was pretty hilarious. But Sprint also made it clear that the other big news, AT&T’s acquisition of T-Mobile, was not good for the industry and consumers.

This time around, Sprint is making it official: it is openly opposed to the proposed acquisition. Of course, the deal could still take a year before it’s approved by regulators, but the FCC has been far too kind to the wireless carriers. It’s not beyond imagination that the deal may go through and we’ll be stuck with two gigantic carriers, potentially leaving us with few options, and Sprint in a distant third place.

Sprint says, “AT&T and Verizon are already by far the largest wireless providers. If approved, the proposed acquisition would create a combined company that would be almost three times the size of Sprint in terms of wireless revenue and would entrench AT&T’s and Verizon’s duopoly control over the wireless market.”

There will be no real competition in the wireless space. Anyone who contends that U.S. Cellular, Cricket, MetroPCS and others comprise the competition is kidding themselves.

For Sprint’s full statement on the acquisition, see the next page.