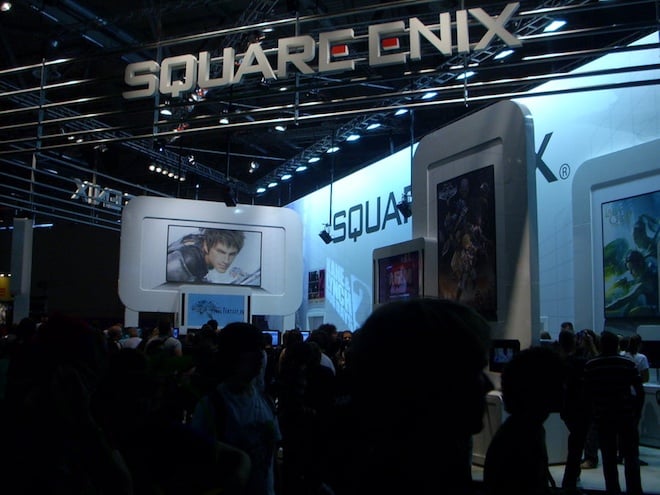 Final Fantasy and Kingdom Hearts, two of the largest franchises in gaming history, were both born at Square Enix. The Japanese firm knows games and they’ve been making a pretty penny by porting over their existing titles to Apple’s iPhone, but now they feel that it’s time to come up with something a bit more orignal. Hippos Labs is a new studio that launched earlier this month within Square Enix’s Japan offices that will hopefully churn out some new games, and brands, that you and I will soon be addicting to playing on our smartphones while waiting in line at the supermarket. This has got us thinking, why don’t the big boys do this? Nintendo is a proud company with a rich history, but they’ve shown absolutely no interest in handsets, despite some people buying smartphones for the sole fact that they can now play games more advanced than Snake and Sudoku. Years ago it seemed impossible that you’d ever see a game that featured both Nintendo’s Mario and Sega’s Sonic the Hedgehog, but it happened because both brands knew that tapping into the youth of their now aging audience would be a surefire way of printing money. Where’s the Mario games for iOS?

The whole notion of spending several hundred dollars on dedicated gaming hardware and then $50 per game needs to die a quick death. In the age of the App Store, XBOX Live Arcade, and the PlayStation Network, both gamers and non-gamers alike have shown that if titles are cheap enough, and if they come with good reviews or were recommended by a friend, then they’re worth trying out because you don’t really think about buying something if it’s less than $10. Why are the large traditional studios ignoring this market?

Are you a user of portable gaming hardware? Did you pick up a Nintendo 3DS this past weekend? What do you think about the dedicated device vs. smartphone argument?

Apple admits their Maps app is a bit lame, looking for developers to give it a radical overhaul

When Nokia's flagship N95 began shipping in the spring of 2007 it was first flagship device to ship from a...