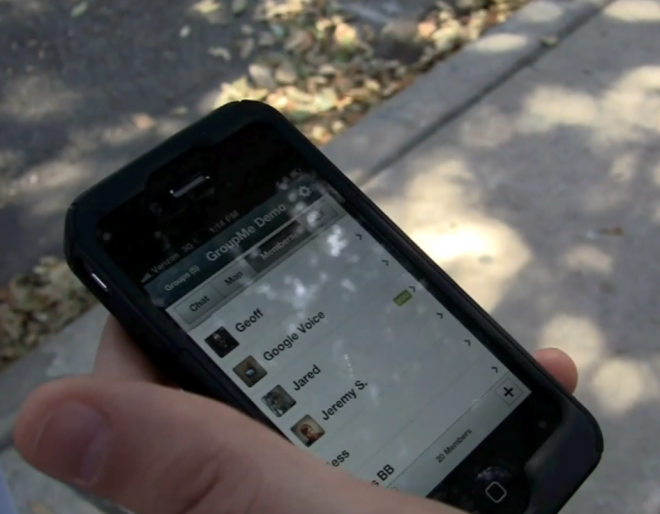 GroupMe was the hot app at SXSW and the group-messaging service is definitely hot but how is it going to actually make money? Well, it looks like it will be working with brands for Featured Groups to generate some cash. If you’ve popped open your GroupMe app on the iPhone, Android or BlackBerry, you may have noticed that there are new, branded groups. This includes the likes of Coachella, MTV, Oxygen Media and others. These groups will deliver you news, information and even celebrity messages on occasion. Despite the buzz, sending out data and text messages can be expensive, so GroupMe does need to figure out a way to monetize. The group messaging wars are nowhere near over but I believe this app has a good head start. When we spoke with the GroupMe founders it assured us that this isn’t the money way it plans to make money. Advertising through direct text ads would be very intrusive and annoying, so I believe that this branded groups is a solid way to go. Additionally, there are other opportunities to monetize down the road. Once it understands its groups and what they want, one could easily see group-buying options in it. This would be like Groupon but highly tailored for individual groups. We’ll keep an eye on this one, folks. [Via TechCrunch]

iOS 5.0 to have strong Siri voice technology baked in

We know that the upcoming WWDC conference will be all about Apple's software platforms - with no iPhone 5 likely...