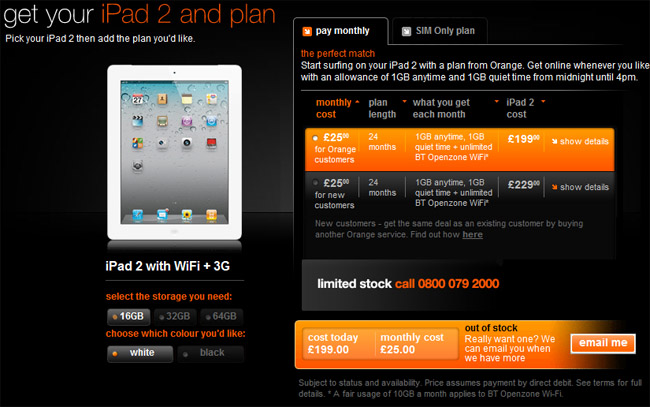 Live in the UK? Want to grab the iPad 2 but don’t want to pay too much upfront? Orange got you covered, offering Apple’s tablet for 199 GBP on a two-year 25 GBP per month contract. That money gets you a 16GB 3G version along with 1GB of monthly data, plus an additional 1GB to use between 12:00 and 16:00, which apparently are the off-peak hours.

On the other hand, a WiFi-only version may be good enough for you, and it’s readily available from Apple starting from 399 GBP for the 16 GB model.

The way I see it, if you want an iPad 2 3G, signing a contract makes perfect sense. After all, you will need some mobile data along the way. However, committing on a contract that lasts two years may be contra-productive considering that Apple will most likely unveil the iPad 3 within a year. What do you say?

Expedia.com will soon launch the Expedia Hotels app for iPhone and iPod Touch, with a promise to give travelers an...