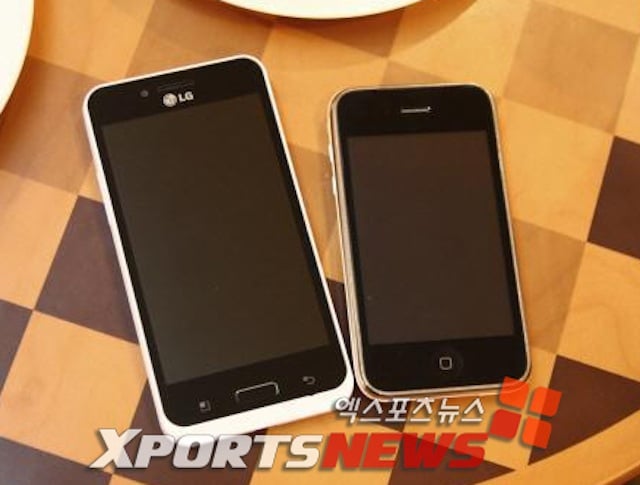 Nearly three months ago at the Consumer Electronics Show in Las Vegas LG announced the Optimus Black. It was dubbed the thinnest smartphone to ever be announced, coming in at 6 mm at the thinnest point and 9.2 mm at the fattest; for comparison the Apple iPhone 4 is 9.4 mm thick. Anyway, that’s not the only thing that made the device special. What made the Black stand out was the 4 inch “NOVA” display that uses 50% less energy than a typical LCD, but also has the ability to pump out 700 nits of brightness. For what it’s worth the device still hasn’t shipped yet and it’s April next month.

Now what if you’re the type of person who enjoys lugging around an oversized brick of a mobile phone? The Black is too thin, too small, you’ll need something else to get over the deep seated issues you have with size. According to a South Korean website LG will announce a device called the “Optimus Big” next month and it’s going to feature the same NOVA display used in the Black, but with an extra 0.3 inches added for the size queens out there. It’s going to have a 1 GHz processor, the ability to tune into terrestrial television signals, and that’s all we know so far. Will this bad boy make its way across the pond to American shores? We don’t know, but we’re thinking it might since Americans seem to be gobbling up monster smartphones.

If you want a device this big then you need to get your head examined. We know there are a lot of Verizon Droid X fans out there, but after AT&T announced the 4.5 inch Samsung Infuse 4G we couldn’t help but gag a little. It’s time to draw a line in the sand and stop making bigger screens. Bump up the resolution, sure, but make handsets that are reasonably sized.

Those of you/us looking from the old continent to Sprint's latest line-up can't help but crave for few phones the...