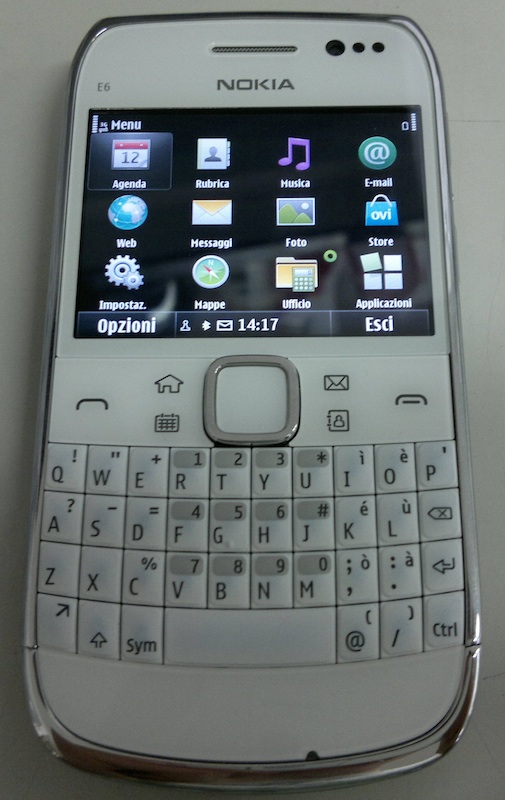 Nokia’s enterprise portfolio, aptly dubbed the Eseries, has always held a soft spot in our hearts. The devices have traditionally been of remarkable build quality and while they shipped with older versions of Nokia’s Symbian operating system compared to the bleeding edge multimedia Nseries devices, that decision to go with something more stable and refined has translated to a better software experience. Now that there are several Symbian^3 devices out on the market, it’s about time Eseries got some lovin’ and we’ve been seeing leaks of the E6-00 here and there, but nothing like this. Someone has managed to score a prototype and was kind enough to provide the internet with not only crisp high quality photos of said device, but also a few videos, albeit blurry ones. Specification wise you’re looking at the same internals as the Nokia E7 and C7, just in a different form factor. You’ll get an 8 megapixel camera, 720p video recording, quadband GSM/EDGE, pentaband 3G, WiFi, GPS, Bluetooth, and just about everything else under the sun.

Now the question is when is this thing going to come out and how much is it going to cost? Since Stephen Elop became Nokia’s new CEO last autumn he has promised that the agony of waiting from when a device is annoucned to when it’ll hit store shelves is going to be reduced. With a leak of this caliber we’re going to assume that an announcement is imminent within the next month or two and that the E6-00 should be available right before Nokia headquarters shuts down during the summer. Of course this is all speculation on our part, so take that timetable with a pinch of salt.

Are you excited about this device? It continues the design language that the iconic E71 began and for that reason alone our wallets are ready to bust wide open.

After losing a patent battle with Apple, Nokia decides to try again [Third time’s the charm?]

Nokia and Apple have been fighting over much more than smartphone market share over the past few years. The Finnish...